When Europe opened its borders to the free movement of labour, it also agreed to a common legal framework regulating employment and social affairs. For one Belgian lawyer, it would provide new opportunities to fight for equality. 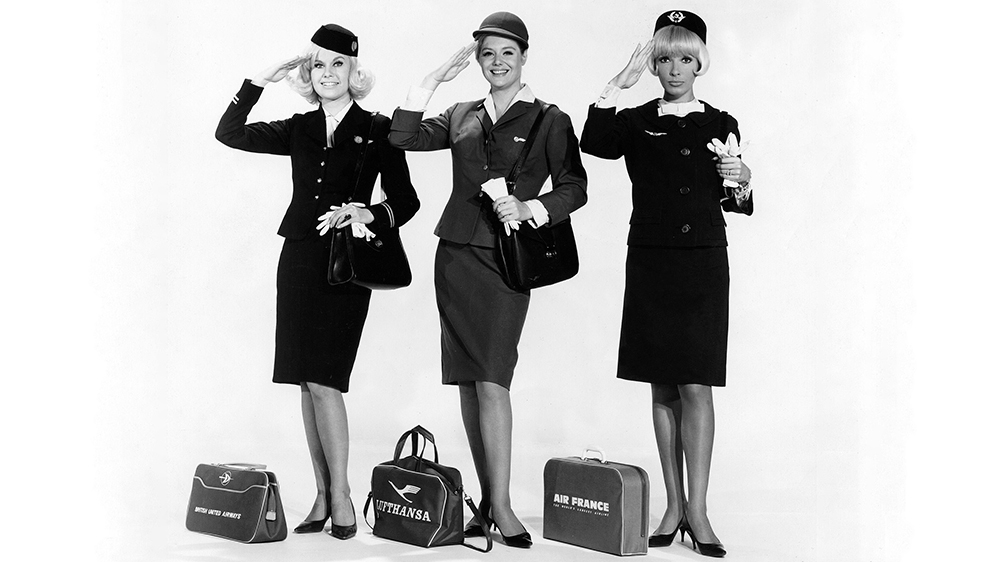 SIGNPOST FOR EQUAL PAY: The first, and most famous case in the legal history of European integration concerns female flight attendants' right to equal pay.

With warm smiles, pleasant voices and neatly turned out uniforms, they work their way through the cabin. They see to the needs of the passengers on their way, and, once you’ve reached your destination and they let you know they hope to see you again soon.

When air travel really took off in the 1950s and 1960s, flight attendants became movie stars. The aisle was their catwalk, and there walked only one type of woman: young, attractive and independent.

The flip side of such adoration was the sexism that came along with it. Once women were no longer young and available, and instead turned 40 or got married, they might not have a job to go back to.

For many years, gender discrimination was a normalised part of aviation. Until a Belgian flight attendant and her lawyer saw an opportunity to fight discrimination in the workplace in the European Court of Justice (ECJ).

“For lawyer Éliane Vogel-Polsky, European law opened up a new opportunity to fight for equal pay and equal treatment,” says Mala Loth, historian at the University of Oslo.

“And in flight attendant Gabrielle Defrenne, she found the case she needed to test the new laws in the European Community.”

Loth has written her doctoral thesis on what role the European Court of Justice, in what was then the European Economic Community (EEC), today the EU, had in the development of the field of labour law and social justice in Europe and which actors took cases to court.

Vogel-Polsky and Defrenne play an important role in this story.

Gender discrimination in the air

Gabrielle Defrenne’s case is, according to Loth, not just the first, but one the most famous cases in the legal history of European integration.

“I call it a signpost for equal pay and treatment in Europe because when the European Court of Justice makes a decision, member states have to follow it. This tends to happen gradually over time, but the case still changed a lot,” stresses Loth.

Defrenne had worked as a flight attendant with the Belgian national carrier Sabena since 1951. Her contract clearly stated that she couldn’t get married. All female employees had to retire at the age of 40, while the age limit for men was 55.

“Once Defrenne turned 40, she was, according to Sabena, past her prime, and they no longer had any use for her. But in reality she was still young, and could have had many years of her working life ahead of her.”

Being forced to retire at 40 also entailed a significant discriminatory treatment, namely a lower pension. To qualify for pension payments, one must have been employed for 23 years, while Defrenne was forced to retire after 19 years.

“She felt discriminated against, something that isn’t hard to understand from today’s perspective.”

“A core part of the EU, however, is that member states still have the final say. And you have different levels and different actors that need to properly understand both the EU and EU laws.”

To put the laws in to force at the European level, someone had to take the case to the Court of Justice. Éliane Vogel-Polsky took it upon herself to do so.

European cooperation began in 1953 under the name of the European Coal and Steel Community. The six western European countries that comprised the Community signed the Treaty of Rome in 1957, and the following year, the European Economic Community (EEC) was established.

Since then, the EU has grown to include 27 countries, and in a common European market, goods and labour flow across borders. Member states interact through a number of institutions at the European level, including the European Court of Justice.

However, coordinating laws across 27 countries is no simple task.

“The EU is an incredibly unique project. There are so many countries, all with different national laws,” says Loth.

“Each country has relinquished some of their sovereignty to the EU, and handed it over to EU institutions to create this unique state complex. The EU may be compared to a state and does have state-like institutions, but these have limited power.”

Loth believes this is one of the key problems in the European integration.

“It creates false expectations when the EU doesn’t function in the way people are used to states functioning.”

One of the areas where the EU has limited power is in the field of employment and social law. When one of the most defining principles of the European Union is its free movement of labour, this creates many challenges.

“For example, there’s no institution at an EU level that can effectively deal with unemployment or pensions. If you are an unemployed EU citizen in Germany, you go to the German unemployment office because there’s no European office,” Loth explains.

“And if you have worked in multiple European countries, you have to follow each individual country’s pension rules. There are coordinated rules, but no office you can turn to at the European level.”

The degree of sovereignty has been an issue since the beginning. For many, it is also about coordination.

“The NAV scandal in Norway is just one example of how, even if you have an administration coordinating laws, it doesn’t always function in practice.”

Member states continue to have the final say in many circumstances.

“If a member state doesn’t want to accept a law, doesn’t have the knowledge or clear enough guidelines, the law won’t work. The ECJ can create change that goes against individual states’ wishes, but if the state is really against it, then the Court procedure will not have an impact one way or the other.”

Éliane Vogel-Polsky: the lawyer who believed in the European Court of Justice

The credit for the EU’s legislation on equal pay and treatment coming into force can, according to Loth, be given to many individual actors. She points to the Belgian lawyer Éliane Vogel-Polsky in particular.

“She really believed that the European Community could help change social policy in a positive way.”

Vogel-Polsky herself was brought up in Belgium as the child of migrants from Russia. She went to school in Brussels, and during the war she lived hidden away in a convent. She developed an interest in the law, and after the war began her studies.

“Social rights became a particular interest of hers, and she had a clear women’s perspective,” Loth points out.

In the sixties, Vogel-Polsky worked full time as a lawyer. Much happened that would be important for the law at that time: The EU’s institutions were growing – as was the fight for women’s rights.

“Through the women’s movement, Vogel-Polsky came into contact with women who had experienced discrimination in the workplace. One of these was Gabrielle Defrenne.”

There was no easy path to victory for Defrenne and Vogel-Polsky.

“They made several attempts. The first time around, the directive on equal treatment had not been introduced, so they concentrated on Defrenne’s lost future earnings.”

But equal pay was a sensitive area.

“When we talk about women’s rights, we’re talking about half the population. Opening up to change could have enormous consequences, both for a country’s economy and wider society.”

They were not successful in demanding equal pay in the form of an equal pension for Defrenne. But they had more success when they tried again in 1976.

“By this point, equal treatment had been introduced through a new directive, something that had to be implemented by member states. And so, they presented the case from the point of view of discrimination instead, and the Court accepted Defrenne’s case.”

In order for laws and directives formulated by the EU to carry weight, they have to be tested in court. As soon as you have a judgement you can refer to, it can be an precedent that future cases must follow.

“Defrenne’s case was a wake-up call for lawyers. It wasn’t as if everyone now started ensuring equal pay and treatment, but the case showed that member states had to start thinking about this issue.”

It was also an inspiration for lawyers.

“This is what Vogel-Polsky wanted: to remind member states that they had to implement the new laws. The case showed that you could actually make something happen.”

“Back then, it was about trying things out and seeing what you could do. Today it’s much more professionalised, and there are countless cases to build on.”

Because the EU has opened the door to the free movement of labour between countries with different levels of pay and rules regulating work, many have viewed European integration as a cause of worsening labour rights and social dumping. Through her research, Loth has seen that the EU has gained a bad reputation.

“It’s obviously a capitalist system with a market that permits this free movement. But the EU doesn’t have a social security system, it’s up to member states, which all have different rules.”

She hopes to increase understanding of how complex the integration process really is.

“Some actors have managed to improve social rights and to counter discrimination. And some of these individual cases have had positive effects at the political level. They remind politicians that the European Union exists, and that to be a part of it means that you actually have to make changes at the national level.”

In autumn 2022, Loth will receive H.M. the King’s Gold Medal for her thesis. The prize is awarded to an outstanding, younger researcher for scientific work judged at UiO. The work must be recognised as an effective contribution to the field’s research literature.