Intellectual Property and the Impact of Technological Change

This public workshop examines how technological change has influenced intellectual property in the creative industries. 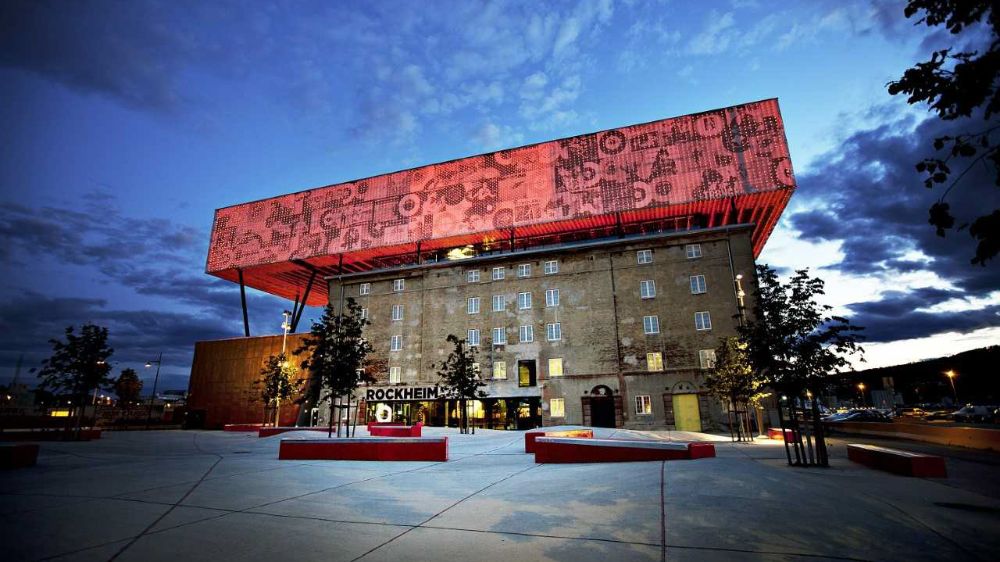 This workshop is a part of the CREATIVE IPR research project, that examines the history of intellectual property rights in the creative industries, from the Paris Treaty (1883) and the Berne Convention (1886) to the present day. The geography of the project is focused on Europe and its international contexts.

Intellectual property rights (IPRs) are a composite of laws that regulate the creations of the mind. These rights are of four types – patent, copyright, industrial property, and trademark – to which are often added trade secrets and fair competition. Patent, which is considered to be a strong right, is dominant in scientific and technology-intensive innovation. Copyright occupies an important place in the protection of innovation in the creative industries. Yet creative workers and entrepreneurs usually rely on a portfolio of intellectual property rights – a composite of several of these varieties of law – to protect their creations. Cross-fertilization between fields of creativity further influences the usages of intellectual property.

The creative industries comprise cultural productions that are both high brow and low brow, implying whether they are accessible to a small coterie of amateurs or distributed to the masses, respectively. The range of the creative industries covers diverse economic realities, from the musician working after hours to record a few tracks or a video to the mainstream pop-music record distributed to millions worldwide by a major global corporate label. Possibly the amateur musician will get a first record deal, and eventually be signed by a major label. Such aspirational narratives encapsulate the structure of the late twentieth-century creative industry, which economists describe as an oligopoly with a fringe. In the music industry, the oligopoly comprises the three major labels (Universal Music Group, based in France, Sony Music Entertainment, based in Japan, and Warner Music Group, based in the USA) and the fringe includes a large reserve of talents that may end up working for a big corporation’s label. In other branches of the creative industries, this structure is more or less apparent. The creative industries can be located along the high arts or they can be, to use a term coined by lawyers Rochelle Dreyfuss and Jane C. Ginsburg, at the edge, between art and commerce. One point that rarely varies, however, is the contrast between the economy of the emerging creator, who generally works on a small scale, and that of the large corporation. Yet all creators concerned with protecting their creations of the mind need to navigate the same system of intellectual property rights.

This 3rd workshop in the Creative IPR project is centered on the influence of technological changes on intellectual property. In the case of music, the generalization of the radio, later the rise of the cassette, then the CD, DVD, minidisc, and finally the complete dematerialization of the supports with streaming, have revolutionized the industry multiple times over. The legislator had to adapt to such changes, and sometimes seems to have failed to adapt, such as in the case of the HADOPI law of 2009 in France, that struggled to take into account newer practices in the consumption of cultural goods. Other cases of industries can challenge questions of technological change, such as the fashion and textile industries, that seem to be lower-tech in many respects, yet have included the practices of just-in-time management in the fast fashion industries. The workshop welcomes contributions on these topics, as well as on technological change and intellectual property in other industries. The workshop is also open to topics in the history of technology, and the history of patents.

Ubiquitous in discussions of IP law and policy is the perceived need to adjust legal protection of creative work to the challenges and opportunities of new technologies of mechanical or digital reproduction. (The printing press is the first and NFTs probably the latest of such technologies). I argue, however, that from the point of view of copyright law the ease of making cheaper and cheaper copies has not been the fundamental feature of these technologies. The semiotic medium of the work took clear precedence over the technological mode of reproduction.

Going back to the early conceptualization of copyright in the 18th century shows that not all products of the printing press were seen as equally protectable. Kant and Fichte dismissed the protectability of the visual arts, and English jurists struggled with expanding copyright protection to engravings and etchings. More than merely attempts to expand the notion of “book” or “writing” to other kinds of creative works (music, visual prints, printed fabrics, sculptural casts) those debated exemplified the difficulty to bridge perceived “ontological” differences between two categories of works: those that could be analogized with speech, and those that, instead, were material expressive works.  The first could be reducible to alphabetic characters, while the latter could not.

A discussion of this conceptual and material divide between works of authorship helps recast the fundamental concept of modern copyright law – expression. At its moment of inception, copyright created “optical” rather than either intellectual or intangible property – a property in the “alphabetic code” of a work, not in the author’s expression embedded in it.

Mario Biagioli is a Distinguished Professor of Law and Communication at UCLA. Dr. Biagioli’s scholarship is at the intersection of intellectual property and science and technology studies. He was previously a Distinguished Professor in the School of Law, the STS Program, and the Department of History at UC Davis, where he was the founding director for the Center for Science and Innovation Studies, and an Associate faculty member of the Cultural Studies Program and the Critical Theory Program. He is the author of eight books, his most recent publication Gaming the Metrics: New Ecologies of Academic Misconduct was published by MIT Press in 2020. He is currently completing a book on the new forms of scientific fraud and misconduct that are spawn by the introduction of metrics of academic evaluation. Other interests include patentable subject matter, the history of the idea/expression divide, and the role of eyewitnessing in science. [Biography sourced from UCLA Law].

Dance disappears the moment it becomes visible, the complexity of its ontology matching that of its production and of its intellectual property status. Its creative process is both collaborative and hierarchical, involving the transmission of knowledge from one body to another, remembering steps, recognizing moves, mimicking, and improvising gestures as well as coordingating the roles of dancers, choreographers, and studios. Matthias Sperling's Riff (2007) directly addresses most of these issues, which inform the specific content of the piece as well as its conceptualization, development, and copyright licences that underpin it. Sperling's performance is clearly conceived as a rite of passage, a dance through which a dancer becomes a choreographer, going from "riffing off" other choreographers' work to developing dance movements and phrases that, while tied to those of his predecessors, he can claim as his own. As such, Riff makes explicit and rearticulates the rearrangement of professional relations and roles, the difference between reperforming and innovating, between learning from bodies or from media, as well as how the property status of the work intersects with community norms and expectations of attribution.

Marius Buning received his Ph.D. in History and Civilization from the European University Institute (2013) with a dissertation on the making of a patent system in the Dutch Republic. He has held positions or fellowships at the Freie Universität Berlin, Harvard University, the Netherlands Institute for Advanced Studies (NIAS), and the Max Planck Institute for the History of Science. He is currently a postdoctoral fellow in the Creative IPR Consolidator project, at the Department of Archaeology, Conservation and History at the University of Oslo.

Nicolas Chachereau (EPFL/University of Lausanne) - From Technology in Patents to the Technology of Patent Law: Methodological Prolegomena to a Digital History of U.S. Patents, 1836-1900

Patents have long been an obvious and important source for documenting technological change. In recent years, however, several studies have proposed to focus on patents as documents, by following specifications through the processes of writing, examination, courtroom argumentation and dissemination of technical information. In doing so, these studies have highlighted the role of the “technologies of the law” in the emergence and evolution of legal norms in the IP domain. The presentation will discuss the possible interaction between these strands of research, by discussing a digital history project that relies on a very large corpus of specifications—covering all patents issued in the United States between 1836 and the beginning of the twentieth century. Such an endeavour implies a careful compilation and criticism of its sources, relying both on the available specifications and other primary sources from the Patent Office. This source criticism is more than a methodological prerequisite but involves an actual investigation of the bureaucratic history of patent systems. I will focus on two themes of importance to the overall project: first, the publication of patents in the United States—on which our corpus is based; second, the introduction and evolution of technological classifications of patents, from nineteenth-century historical categories to the current constant reclassification by the Patent Office—on which many analyses tend to rely unquestioningly. The presentation will conclude by showing preliminary research results made possible by such a combination of the history of the daily administrative handling of patent documents and of the textual analysis of a very large corpus of specifications. Thus, our ongoing research opens up interesting opportunities for both the history of technological change and the workings of IP over time, furthering the “technologies of the law” literature.

Nicolas Chachereau is postdoctoral researcher at the Swiss Federal Institute of Technology in Lausanne (EPFL) and at the University of Lausanne. His interests lie in the history of science and technology as well as social and economic history. His forthcoming book is concerned with the early history of the Swiss patent system, a topic he has researched extensively and on which he has also published several articles, for example in the Queen Mary Journal of Intellectual Property and the Swiss Yearbook for Economic and Social History (Schweizerisches Jahrbuch für Wirtschafts- und Sozialgeschichte).

The workshop will be organized as a hybrid event at Rockheim in Trondheim.

The workshop is free and open for all but requires registration:

The CREATIVE IPR research group is based at the Department of Archeology, Conservation, and History of the University of Oslo, Norway.

This project is funded by the European Union's Horizon 2020 research and innovation programme under grant agreement No 818523 (ERC Consolidator Grant 2019).