The 1905 project studied the relations between Norway and Sweden since 1814 until 2000, as part of the 100th anniversary of the dissolution of the Norwegian-Swedish union. 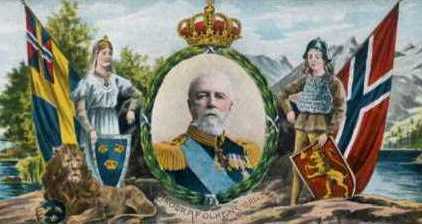 The 100th anniversary of the dissolution of the Norwegian-Swedish union was marked in both countries in 2005.

The aim of Project 1905 was to make an extensive and diverse marking of the anniversary by Norwegian and Swedish historians, focusing not only on the events of 1905, but also on the relations between the two neighbouring countries since 1814 and until 2000.

Researchers and students have commenced studies of the period around the dissolution in 1905, and of Swedish-Norwegian relations in a longer perspective.

The research has illuminated a theme ridden by myth, prejudice, and insufficient knowledge, and thus contributed to improve awareness regarding the commonality of history between the two peoples, and increased understanding of similarities and differences between the two cultures.

The project was funded by the Norwegian organisation «Hundreårsmarkeringen-Norge 2005 AS» and the Swedish foundation «Riksbankens Jubileumsfond».

For more information about the project, see the Norwegian web page.