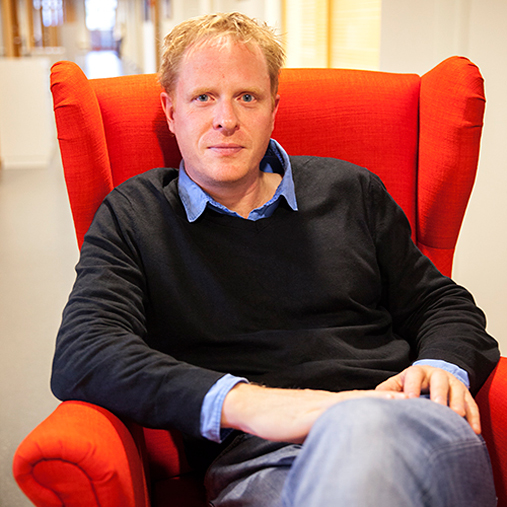 Herman Cappelen, professor of philosophy at the University of Oslo (UiO) and the University of St. Andrews, is heading a new interdisciplinary project with practical implications, which deals with concepts that define our lives. (Photo: Annica Thomsson)

The philosopher explains: “The project involves critically assessing the concepts we use when we think and speak. If we simply accept automatically the concepts we use in our everyday language or in a specialist field, we are already locked into a particular way of thinking. From the outset we quickly take the wrong path if we do not first ask ourselves whether the concepts are good enough.”

Cappelen believes that gender is a very clear example. In feminist thinking, dividing gender into only two categories – male and female – is pointless. Therefore, in English, two concepts are employed whereby it is possible to distinguish clearly between biological characteristics: sex, and personally experienced, social characteristics: gender. Many, including philosopher Sally Haslanger, would go further, rejecting the dichotomy between man and woman and preferring instead a kind of proliferation of categories.

“Behind many concepts lies enormous power. In other words, how we choose to define the concepts can have considerable political, social and personal consequences. This is perhaps most obvious in the fields of law and psychiatry. The concepts private and public exemplify this. Important decisions are made on the basis of how we perceive these and distinguish between them.”

Cappelen and his colleagues Camilla Serck-Hanssen and Øystein Linnebo are therefore collaborating with experts in these fields. This includes cooperation with the Oxford Law School and the American Psychiatric Association’s working group in charge of preparing the Diagnostic and Statistical Manual of Mental Disorders (DSM), a manual for the classification and description of mental disorders.

Defective concepts impact on our identity

But how do we know that a concept is defective? What can we do to improve it? What should the critical assessment of a concept entail? What are the criteria? The researchers are hoping to find some common answers.

“We hope to put in place a kind of framework for assessment and improvement. This means we must also find out more about how the concepts develop in general terms over time. It is difficult to think of a concept that is stable. But how does it change? We know that this involves complex processes,” says Cappelen.

The key philosophical question is: What do the defective concepts have in common, what is the common denominator? And how does one improve a concept?

To find the answer, the philosophers must engage in close and targeted collaborative work with researchers from other disciplines, including linguists and developmental psychologists.

“Developmental psychology is concerned with how concepts influence self-understanding. If the concepts we employ about ourselves are defective, it will impact on our identity. We can be locked in a concept, and therefore also be locked as a person.”

A critical assessment of the concept, for example male or female, can therefore open up new avenues and actually change who you are.

Our concept of truth is damaged

Central concepts such as truth, race, mental illness, happiness, marriage and welfare – the list can be long – constitute the core of some of the most important political debates in our century, according to Cappelen.

“What is welfare really? And what is a refugee? There are many ways of categorizing, and different categorizations influence the public debate.”

Criticizing and improving concepts is also important in philosophy as a discipline, says Professor Cappelen. Truth, for example, is a concept that several philosophers believe to be defective.

“Many are of the opinion that the philosophical paradoxes show that our concept of truth is incoherent. Philosophers who share this view want to improve the concept and change it.”

One of the most important questions raised by the research according to Cappelen is: When are we talking about one and the same concept, and when not?

Philosophers give guidance to lawyers and psychiatrists

“In subjects such as economics, mathematics and physics, the development of new concepts has led to a range of new, important insights. In physics, for example, the differentiation between weight and mass was a huge breakthrough.”

Cappelen emphasizes that philosophers have been concerned with concepts ever since Kant’s time. However, little interest has traditionally been shown in their dynamic aspects. For the most part attempts have been made to describe and analyze them, but scant attention has been given to criticizing and trying to improve them.

“Yes, absolutely. The use of improved concepts will help us to ask better questions and therefore we will get better answers. Instead of asking as theoreticians are prone to, ‘What is knowledge?’ we should rather ask: ‘What should the concept of knowledge really be?’ ‘Why do we have a concept of knowledge?’ ‘And who is best served by its use?’ ‘Does it convey power?’ It is a matter of acquiring critical awareness.”

In the Conceptual Engineering project, philosophers are giving guidance for the very first time to lawyers and psychiatrists in developing new concepts. According to Professor Cappelen, this is also of prime significance for the development of philosophy.

CSMN - Centre for the Study of Mind in Nature

The goal of researchers at CSMN is to understand the human mind as an integral part of nature.

These human qualities are perhaps difficult to reconcile with the fact that we – like everything else – are part of nature. Rational, linguistic and moral actions are governed by rules. Norms and rules differ from laws of nature in that they can be violated. Nevertheless they imply a certain obligation – they should not be broken.

The main challenge CSMN’s researchers face is to show how these prescriptive or normative qualities of the human mind can be understood in the context of a naturalistic view of humanity.