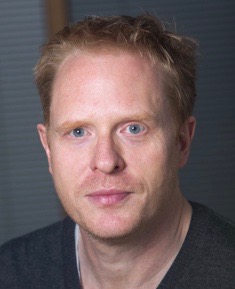 For more (and more up-to-date) information about me, see my personal homepage

I am a philosopher at the University of Oslo. I have a BA in Philosophy, Politics and Economics, from Oxford. I have PhD in Philosophy from UC Berkeley.

Before moving to Oslo in 2015, I held an Arche Chair at the University of St Andrews for 8 years, and was director of Arche Philosophical Research Centre for 4 years. I still have a part-time position (as Professor of Philosophy) at St Andrews. Before St Andrews I worked at Oxford University and was a fellow of Somerville College.

From 2007 to 2017 Deirdre Wilson and I directed the Linguistic Agency component of  CSMN at the University of Oslo. I am a Co-Director of ConceptLab. I am the PI of the 5-year Toppforsk project on Conceptual Engineering.

I am the Editor-in-Chief of the journal Inquiry.

Since 2008 I am a fellow of the Norwegian Academy of Science and Letters.

For discussion of my work and related literature see my  Google scholar page.  Here is (brutt lenke)  an interview in 3am:Magazine where I discuss some of my work. Here is an interview where I discuss my book Philosophy without Intuitions and here is a link to a video recording of a debate between Paul Boghossian and me.

I work in all areas of systematic philosophy. My eight monographs provide a good overview of what I am interested in:

Forthcoming work includes a volume on Conceptual Engineering and Conceptual Ethics (edited with Alexi Burgess and David Plunkett),  several articles on that topic, a book called Bad Language (co-authored with Josh Dever), and a book tentatively entitled The Nature, Value, and Methods of Philosophy.

For a full CV and online versions of published papers, see my personal webpage.

Tags: Philosophy
Try a new version of this publications list.