According to philosopher Sebastian Watzl, what you pay attention to is a moral question that concerns society as a whole. 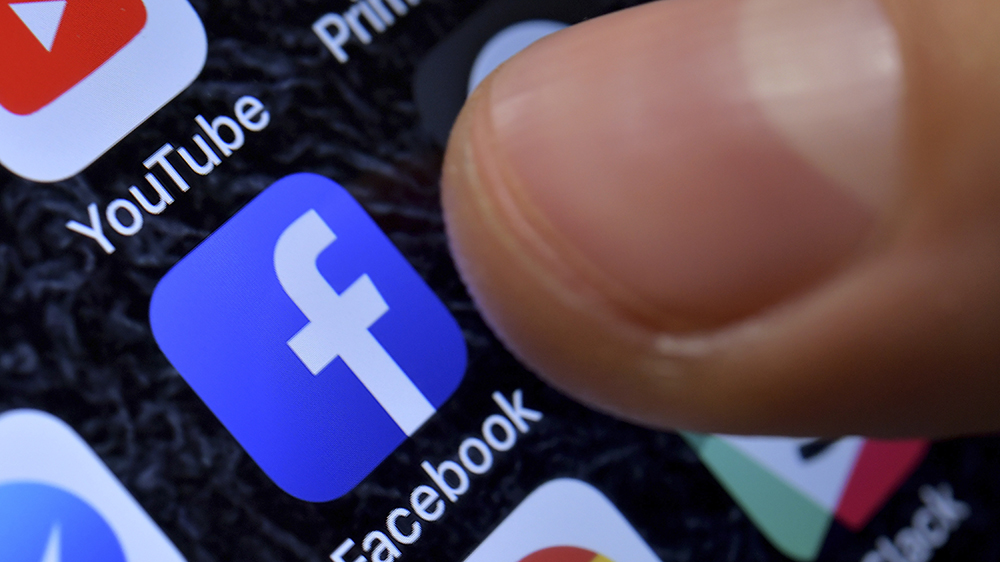 It is problematic that private companies control the arenas where we interact socially, according to Sebastian Watzl.

A leaf blowing in the wind, the facial features of someone passing by — or a colourful billboard. What catches your attention when walking down the street depends on neurological processes in the brain.

At the same time, your attention is a moral battlefield.

“The question of what we pay attention to is actually fundamental to who we are and how we co-exist,” says Sebastian Watzl.

Watzl is a philosopher at the University of Oslo, where he studies the moral aspects of attention.

The question is: In a time when big tech companies like Facebook and Google are deploying powerful weapons in the abstract battle for our attention – what is it ethically correct to focus on?

If you spend your time watching a new series on Netflix, a cute cat video on Instagram, or simply staring out the window, it also means that you are not spending it fighting world poverty or finding a cure for cancer.

This brings us to classic questions for philosophers: What should we do, and what should we be concerned about?

“If you only understand it as a process in the brain, it may not make much sense to define norms of attention. But since attention is so important to how we exist as human beings, it is appropriate to tie attention to ethics,” says Watzl.

He explains attention as a dynamic list that organize our priorities at any given time.

“The list contains absolutely everything that occurs in our consciousness, including everyday and unimportant things. At the top of the list are the things that are most important to us in this particular moment.”

These are also related: Who we are determines how we understand the world, and both who we are and the knowledge we possess matters to how we assess moral questions.

Prioritising what speaks to our identity

What gains priority in our minds can also be explained by looking to social interaction, Watzl believes.

“Loud noises and flashing lights can grab our attention but cannot hold it over time. However, when I see something that is relevant to who I am and my identity – that immediately becomes more interesting,” he points out.

Today, social media is very efficient at doing this. But, if you look up from your screen and study your physical surroundings, it is also clear that public space is designed for you to look at certain things, and disregard others.

“For instance, a statue can make you reflect on who are important people, and what your own social status is compared to them.”

The philosopher believes that this can explain the many debates about who should be honoured with a statue and who should not. Like in a recent example from Mexico, where the result of much debate was the decision that a statue of Christopher Columbus should be removed from Mexico City’s Paseo de Reforma in favour of a monument of a woman from the indigenous Olmec people.

“Similarly: If you see a statue of a Norwegian king, it may remind you that you are Norwegian yourself and that you are proud of your country. Or you may feel less important or left out.”

A valuable commodity in the attention economy

Today, many talk about a global attention economy, in which time and attention are the main commodities. Sebastian Watzl points out that the attention of the people has always been valuable.

“Totalitarian regimes, for example, have always ensured that citizens get to see those in charge. That is why there are large paintings and statues of the rulers – and propaganda is used to ensure that the people pay attention to what the state is doing,” he says.

“Today, private companies are the ones winning the battle for attention.”

There is an abundance of products and information on the internet and on social media and it is easy to be overlooked. Therefore, an important first step is to grab the attention. Then, one must hold on to it. The tech companies have solved this by becoming valuable in our daily lives.

“When we meet a friend or go to work in the physical world, we use a street owned by the state. Whereas when we use the internet to contact a friend or find information we need, we use a ‘street’ that is owned by Google, Facebook or other private companies.”

Watzl finds the fact that basic human needs, such as having social contact and seeking knowledge, is now forced into spheres controlled by private companies that have profit as their goal, highly problematic.

“If you contact a friend on social media, you will also pick up other information along the way. You are going to meet a friend, but maybe you also want to buy a jacket?”

Individuals are left to themselves

If attention strays, it is easy to lose focus on what is important – whether it is work, studies or the people around us. Guilty conscience has fuelled a market of concentration apps and courses to help keep distractions at bay through meditation and yoga.

The goal is focus and peace of mind, or as it is also known: mindfulness. Watzl is critical of such methods.

“Recommending mindfulness is like asking people to buy better bike locks when their bikes have been stolen. There is also controversy in the research about whether mindfulness is more effective than for example going for a run or cooking”, he says, adding:

“Instead, we should go after the thieves, the ones responsible for stealing our attention. When the big companies spend their money on the best research on how to steer our attention, it is optimistic to think that you as an individual only need to do some exercise with your brain in order to fight it.”

The philosopher points out that this is something the state should take care of.

“It is not a problem for each individual, but a problem we have as a society.”

The battle for attention is a democratic problem

“In a democracy, every person should have a voice. The same rules apply to everyone, and I can’t use my money to make my voice more valuable than yours,” Watzl says.

But when a big player like Facebook steers the public’s attention towards a certain issue, it will affect politics.

“Celebrities are also very good at this. The philosopher Alfred Archer and his colleagues have highlighted this and points to Donald Trump as a prime example: he caught people’s attention, and this is how he controlled what was important in the political discussion.”

The philosopher believes that the ideal of a genuine democracy will never be achieved.

“But we must work on our democracy in the ways that we can, in the times we live in. 150 years ago, there was the struggle to expand voting rights and access to the public debate. Today, we must work on the problems that democracy is facing right now.”

Watch a video with Sebastian Watzl

Sebastian Watzl is a Professor of Philosophy at the University of Oslo. His work includes the philosophy of mind and the philosophy of cognitive science, and in 2017 he published the book Structuring Mind: The Nature of Attention and how it Shapes Consciousness. Now he leads two research projects on attention: