Evolution is the reason you want to watch internet cat videos

Being distracted by cute animals is one of the most important characteristics of being human today, argues media researcher. 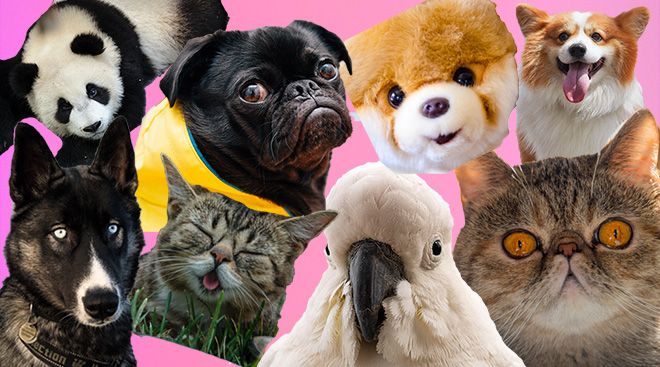 Watching photos and videos of cute animals is an important part of digital culture today.

How many times have you sat down in front of a screen to work or focus on something important, but ended up looking at a new meme of Donald Trump, a homemade YouTube video of a cockatoo going amok, or a series of photos showing what the biggest celebrities from the 90s look like today?

“Most people probably consider these as insignificant little things they do during the course of a day, and don’t see it as defining them in any way. But seeing as cute animal videos, computer games, political trolling and clickbait are things that more or less everyone spend time on, they actually become very important,” says media researcher Andreas Ervik, pointing out:

“It can’t even be called popular culture. It defines living today.”

Play, stupidity, cuteness and humour are the topics of the doctoral thesis that Ervik has recently submitted to the Department of Media and Communication at the University of Oslo. He has delved into what many people try to avoid, and found good reasons to take the phenomena that divert our attention seriously.

For at least a decade, the media have reported that ‘cat videos have conquered the internet’. However, even though cats are popular in all channels, Ervik can now put one discussion to rest: When it comes to the internet, dogs are more popular than cats.

“It certainly seems that way based on the traffic and the amount of attention dogs get. The most popular dog, Boo, is also bigger than Lil Bub, the most popular cat,” says Ervik.

The media researcher has studied these two celebrity pets, also known as The World’s Cutest Dog and The Most Amazing Cat on the Planet. Both died in 2019, but still have 16 million and 3 million followers on Facebook respectively, as well as large fan accounts on Instagram and YouTube. They are examples of furry friends that we love to watch doing clumsy or surprising things.

“The reason we spend a lot of time watching Boo, Lil Bub or other animals is that cuteness has become important to us. The cuteness lies in the appearance, such as big eyes and small paws, but also in clumsy behaviour and the need for care.”

The dwarf cat called Lil Bub fascinated people with its unusual appearance, caused by a muscle disease and various other deformities. The little cat would hardly have survived outdoors, and its owner helped it to urinate and fed it painkillers every morning. He also documented it in videos shared on Facebook. The fact that we want to watch, is all because of evolution, according to Ervik.

“As a species, humans have developed boundless empathy,” he says.

In evolutionary biology, important keywords are Charles Darwin, natural selection and survival of the fittest. The idea is that weaker species, genes or humans are overcome by the stronger. However, when Ervik looks closer at how we spend our time on the internet, he sees a completely different development.

“Play, stupidity, cuteness and humour are four factors that are at least as important to evolution as the idea of survival of the fittest.”

In his thesis, he relates the development of these four factors to similar societal processes outside the internet – also in the animal and plant kingdoms. For mammals, including humans, being cute has played an important role in evolution.

“Cuteness has evolved along with a focus on care and a type of behaviour that is non-aggressive and empathetic. In that sense, cuteness has been crucial for humans when it comes to sociability and being able to take care of offspring in the way that we do and for as long as we do. We also transfer this to other species.”

Sharing a photo or video featuring a dog or a cat on social media can be a way of expressing something about yourself.

“We make pets appear as more naïve, simple, and not least cute versions of ourselves,” explains Ervik.

Most animals can have that function, even though they are different.

“Dogs are outgoing, thrill-seeking, clumsy, get into trouble and do stupid things. Cats are more introverted, laid-back and slightly more observant. However, both are animals that are fundamentally different from us, and we can never really understand them.”

By expressing ourselves through animals, we get beyond the specifics of human beings – such as age, gender and ethnicity. This is important, according to Ervik..

“If you share a dog or a cat on social media, you can show that ‘this is me and my reaction to something’, but it is a general human response. Boo, for example, is most concerned with eating and sleeping. These are things that everyone can relate to.”

“So, if you simply want to show that you are tired, you can use a sleeping dog, for example Boo.”

Dark recesses of the internet

Unsurprisingly, when founder of the World Wide Web Tim Berners-Lee was asked what he least expected regarding the internet, he answered ‘kittens’. However, despite the huge amount of cuteness to be found there, the internet also has many dark recesses.

“The internet causes us to make unexpected connections, to jump from one thing to another. This has also been the case when writing about it. You can be reading about humour and all of a sudden you are into something on terrorism. You are reading about cuteness and all of a sudden you are over to something much darker. There is a clear ambivalence in digital culture,” says Ervik.

The little balls of fluff can almost get too cute. Cats like Lil Bub are so cute, but also so helpless, it could trigger aggression. Ervik calls it ‘cute aggression’, which he links to mechanisms that stop people from becoming overwhelmed by the cuteness of big eyes and furry paws.

“Our obsession with cuteness has both positive and negative aspects. However, because of evolution, humans have been able to turn the feeling of something being so sweet that it probably won’t survive, into boundless empathy,” he says.

Unrealistic to be productive 24/7

Much of the debate about, and the research on, new digital media concerns how people are drawn towards screens, wasting their time and attention on useless time thieves. Media researchers study digital detox, or speculate on who the winners are in today’s attention economy and abundance of fake news. Ervik wanted to take a different approach.

“I think that, fundamentally, we allow ourselves to be distracted. Our brains have evolved to switch modes and be diverted,” he says.

According to Ervik, it is common to be more or less susceptible to clickbait or cute animals during the course of a day.

“Concentrating and focusing on work over lengthy periods of time is a rather strange way to use one’s brain. In a way, it is natural that we allow ourselves to become distracted, that we flow into a more associative and open mind-set.”

The way digital media works today, everything is organised for us to be in that mode.

“It is very easy to believe that these distractions arise with digital technology, and that they would not have existed if it was not for Facebook. Instead, I think they are indications of how our brain works.”

He points out that people are different - some manage to do what they are supposed to and may never have seen a single cat video.