Philosopher: Animals and nature require legal protection as a result of climate change

The Earth’s key ecosystems are being threatened by climate change. According to philosopher Alejandra Mancilla, the nations of the world must now take joint responsibility for protecting rather than exploiting the natural world. 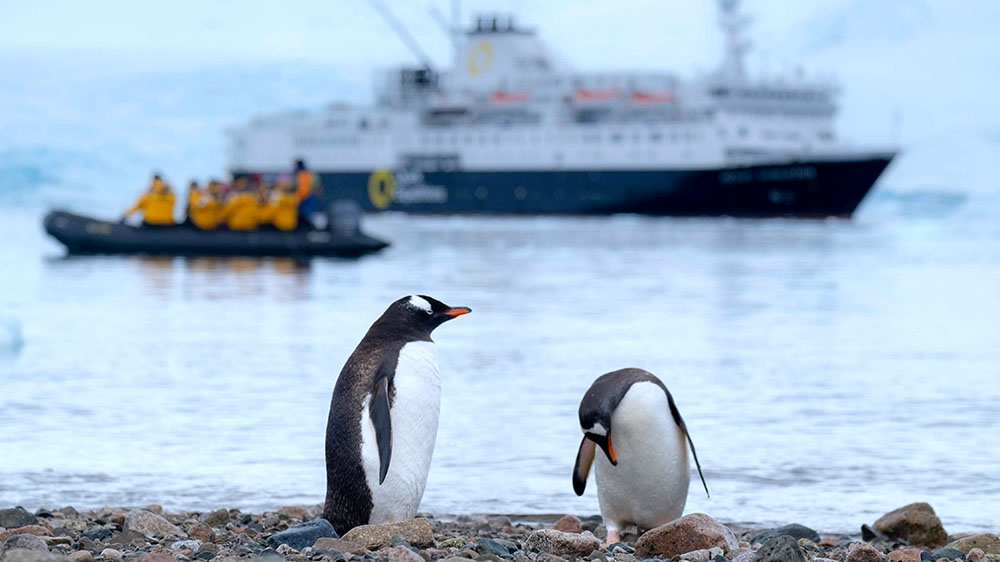 In Antarctica states have managed to come together in order to protect nature. When it comes to territorial rights, what about penguins, whales, and seals? philosopher Alejandra Mancilla asks. Photo: Derek Oyen/Unsplash.

What happens to territories when sea levels rise? How can we protect ecosystems that are important for everyone on Earth?

“The COP27 climate summit in Sharm el-Sheikh makes it clear that these are extremely relevant questions”, says Alejandra Mancilla, Professor of Philosophy at the University of Oslo.

In the research project, ‘Dynamic Territory’, she and her team seek to develop principles for territorial governance in a scenario of rising sea levels, desertification, drought, crop failure, floods and extreme weather events. It involves questioning established ways of thinking about humans and the natural world.

Turning the idea of ‘natural resources’ on its head

As a philosopher, Mancilla is well trained in finding the assumptions that underlie our ways of thinking.

“When one reads about territorial rights, the natural world is primarily referred to as a ‘resource’. So there is an assumption that it is humans who divide the world up between themselves, with the whole natural world being primarily an instrument for humans”, Mancilla explains.

However, she thinks there is something quite arrogant in thinking that humans are the only ones who count, and that we need to rethink how we relate to nature.

A shared responsibility for the Earth’s key ecosystems

The Professor is investigating how to respond to the unpredictable. What should we do, for example, when the climate and geography change dramatically, and with them demographics, too?

“Until now, theories of territory have been based on the assumption that stable populations live in a stable place with a stable climate. But what happens when this is no longer the case?”, she asks.

One of the problems today, as Mancilla sees it, is that it is more common for states to exploit rather than to protect the natural world.

She believes this practice is rooted in the classic type of sovereignty in which individual states have an exclusive right to determine what happens within their territories, with a focus on use rather than preservation.

“The idea that states have permanent sovereignty over natural resources, which they can use as they please without thinking about what kind of effects it has outside their territories, is very problematic. There must be some limits to what countries can do with the natural world that happens to fall under their jurisdiction. I believe the way forward is for states to think more like guardians of a common good that doesn’t just belong to them”, she says.

She believes that this idea is essential in terms of preserving ecosystems that are of global importance, such as the Amazon rainforest.

“If the rainforest is divided between many different countries, one has a common responsibility to protect it from deforestation. If one doesn’t do this, it will create negative consequences for the whole world. If we follow the democratic principle that everyone affected by certain decisions must participate in the decision-making process, then it is obvious that important ecosystems like these should be managed differently than they are today”, she explains.

Antarctica as an example

In some places, it seems particularly difficult to achieve collaboration across nations. However, Alejandra Mancilla is inspired by an example where states have managed to come together in order to protect nature, 60 degrees south of the equator in Antarctica.
“The example of Antarctica is a good one because the countries that are part of the treaty have protected an entire continent in order to safeguard the environment, science and peaceful cooperation. Although some countries that are part of it, including Norway, claim territorial rights, they behave more like guardians of Antarctica”, she says.

Nevertheless, there is a paradox in how this continent is safeguarded: While it is supposed to be the most protected place on Earth, it is also one of the places that is changing the fastest due to climate change.

“It goes to show that protecting Antarctica on its own isn’t enough – one obviously must follow what is happening elsewhere. So, if states really want to protect Antarctica, they have to change how they behave at home because it has a negative effect over there. The interesting thing is that what applies to the protection of Antarctica also applies to the protection of other places. This suggests that we cannot just think at local or national levels when the goal is to protect complex ecosystems”, she explains.

Changing the way we think about rights

“Although the management of Antarctica is a model we can be inspired by, there are important differences between Antarctica and elsewhere in the world. The main difference is that there are no people living there”, says Mancilla.

“So, who should be represented?”

She gives two examples from New Zealand: The Whanganui River and Te Urewera National Park both have legal rights of their own.

“Why do we think that only humans should have territorial rights? Could not Antarctica be given rights of its own? There are penguins, whales, and seals there whose interests could be represented”, she says.

Alejandra Mancilla believes that, in the same way as one needs to think anew within her field of political philosophy, it is time for a larger conversation about who and what legal rights should apply to. Animals and places should be included in policy frameworks and decisions.

“Political philosophy in the Western understanding has always been exclusively about human beings. However, I think political philosophy needs to integrate environmental philosophy from the bottom up, and think beyond humans. We must include other entities that are affected by political decisions, even if they cannot speak for themselves and give their opinion.

In the same way that children are indirectly part of politics, the same should apply to animals, ecosystems and nature. This is an important aspect that needs to be considered when reassessing territorial norms”, she states.