The workshop explores the topics of Goodattention. 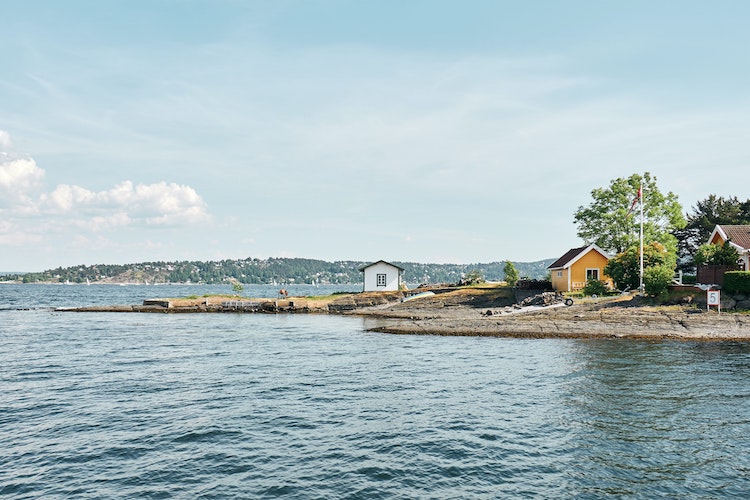 How can and should attention be evaluated? This is the first workshop explicitly designated to investigate the normative evaluation of attention. It explores the topics of the GoodAttention project.

17:15-17:45   Andrew Lee and Sebastian Watzl (University of Oslo) "Knowledge by Experience and Knowledge by Attention

This is the first in a series of workshops organised by GoodAttention and its sister project Salient Solutions. There will be 1-2 workshops every year.

Recent work has highlighted the intersection of attention and normatively including much work on the notion of salience. This is productive and important work. In this talk, I shall argue that the notion of bias should be a focal point in the discussion of normative assessment of attention and related phenomena such as vigilance. Bias allows philosophers to leverage and connect to substantial empirical work to enrich their discussions, and highlights the important historical influences on attention that allow us to theorize productively about learning and skill in attention. This has obvious connections to a virtue-theoretic approach to normative issues that I will hope to connect to. My talk will discuss biases of ethical and epistemic concern.

2. Jessie Munton “How to Evaluate a Salience Structure”

Salience structures underwrite our distribution of cognitive and perceptual attention, and guide the patterning and development of our thought. These aspects of our mental life can function well or poorly in a range of ways. To the extent that salience structures are partly responsible for them, we need ways of evaluating salience structures, and the impact they have on our mental lives more broadly, and in particular its epistemic dimensions. But it is prima facie challenging to arrive at adequate forms of evaluation for them. Salience structures are not truth-apt, since they do not straightforwardly represent the world. And though they give rise to mental states which could be evaluated for accuracy, evaluating them in terms of the reliability is also unsatisfactory: that metric fails to capture the impact they have on our mental lives through their role in determining which mental states we form, and just as significantly, which we fail to entertain, regardless of their resulting accuracy. Are we restricted, then to merely evaluating them practically, in terms of the goals they facilitate or frustrate, or can we in addition evaluate in more abstract epistemic terms, without appeal to their specific content or the practical goals of the agent? What would that kind of evaluative framework look like? Drawing on network science, I argue that there is a baseline norm for salience structures of maximal access with minimal effort. We can helpfully compare a salience structure to a transport network, or to information networks like the internet, in which we seek to maximise access to items of value (locations, websites) at minimal cost (effort, time etc.). A good salience structure facilitates maximal access to information at minimal cognitive cost. This norm provides us with a background epistemic goal against which we can assess the costs of developing more specialist salience structures, which help us to achieve more specific ends but at the cost of this sort of generalised access.

3. Drew Johnson “Attending to Your Needs: Proper Function and Attention”

I apply Millikan's notion of proper function to develop a hypothesis about the function of attention. I argue that the Millikanian framework used to articulate this hypothesis is well-suited for the task of identifying natural norms for attention. According to the hypothesis I consider, attention has the proper function of channeling an individual's cognitive resources towards items or tasks which it serves the individuals needs to engage with. I situate this hypothesis among other positions in the literature, arguing that it incorporates key aspects of both the Selection for Action view (Wu 2014) and the Structuring Consciousness view (Watzl 2017). I then suggest that this hypothesis about attention, in addition to being of interest in its own right, may also help to fill a lacuna in Millikan's approach to thinking about cognition, to do with how cognitively unsophisticated creatures are able to choose one from among many perceived possibilities for action to pursue.

4. Ophelia Deroy “Attending together: Super-additivity and division of attentional laboure”

In a breezy but intuitive sense, we can distinguish between 'high' and 'low' human happenings. Mere movement is low; bodily intentional action is high. Rehearsing the rationale behind an experiment's design, or a jury's path to its verdict is high; compared to mind-wandering and many forms of reasoning found in the wild, which are low. I argue that we can draw a similar distinction when it comes to inquiry. 'High' inquiry is shot through with executive control and self-aware direction; 'low' inquiry much less so. I offer a framework for analyzing low inquiry in a way that both shows us how shifts in attention in the spontaneous flow of thought can be epistemically better or worse, and helps systematize interactions between mind and culture.

6. Ella Whiteley “A Woman First and a Philosopher Second: A Minimal Form of Attentional Harm”

A common theme in complaints from those with marginalised social identities is that they are seen primarily in terms of that social identity. Some women philosophers, for instance, complain about being seen as a woman first, and a philosopher second. I argue that complaints like this can be understood as referring to a particularly subtle form of harmful attention. Building on a taxonomy of harmful attention offered by Sebastian Watzl, I suggest that these individuals can be understood as objecting to a ‘relative attentional surplus on the wrong property’. This taxonomy helps to clarify how this attentional surplus can coexist with another type of harmful attention routinely suffered by those from marginalised groups, including attentional deficits. I suggest that the marginalised individuals and groups themselves are routinely insufficiently attended to, in virtue of the surplus attention given to their social identity properties.

Iris Murdoch’s parable of the mother-in-law succeeded in establishing that attention has its own value because it was constructed as a case in which nothing other than attention is at stake. Philosophy’s constant recourse to such examples, when discussing attention’s ethics, has left us without any clear account of the roles that attention can and cannot play in contexts where the other stakes are higher. I suggest that some ideas from R.G. Collingwood’s writing on aesthetics can be developed to give us such an account, and illustrate the fruitfulness of his approach by applying it to issues that were brought to prominence in third-wave feminism, drawing in particular on the work of Marilyn Frye.

The nonverbal attention cues that accompany speech (e.g., facial expressions, gestures, and eye gaze) can be as communicatively significant as the meanings of the words used. In this talk, I identify and discuss a very common—but philosophically and empirically unexamined—phenomenon: the behavioral tendency to nonverbally attend to others in ways that are sensitive to contextual power dynamics (e.g., smiling and nodding more at powerful people). I offer a mechanistic account of this tendency (which I call ‘nonverbal marginalization’), arguing that it can manifest and reinforce implicit cognitive biases about social identities like race, gender, sexual orientation, and disability. I then go on to argue that we can understand the normative harms that nonverbal marginalization creates through the lens of epistemic injustice. I conclude with a discussion of how individuals and institutions can go about mitigating the effects of nonverbal marginalization (thereby cultivating 'good' nonverbal attention behaviors).

9. Kaisa Kärki “Beyond Involvement with the Self”

In this paper I present societal challenges of social media induced social comparisons to the emerging political philosophy of attention and suggest some ways to deal with them.

The first part is a critique of background assumptions in Axel Honneth’s theory of recognition concerning meaningful life and gaining the recognition of others. In Honneth theory, it is central to be recognized as a unique individual by others. The notion of recognition, in Honneth’s view, relies on successful social comparisons.

Temporary success in social comparison, however, does not support well-being, at least for the long term. This is because recognition of others does not provide a stable sense of self-worth, according to empirical research on self-esteem, contrary to what Honneth argues. According to Ryan and Brown, for instance, self-esteem based on external valuations is at most a vulnerable, contingent, and unstable construct (2003, 71). Instead, they argue that when the worth of self is not an issue at all, mental health is more likely (Ryan & Brown 2003, 71). Sources of meaningful life actually reside elsewhere than in getting public recognition; self-transcendence and making a positive contribution to the lives of others have been found to increase a sense of meaning in one’s life (Baumeister et al. 2012, 507). Excessively attending to one’s own status itself has negative effects on well-being. Furthermore, there is a lot of individual variance in how dependent a person is on the valuation of others and how vulnerable they are to social comparisons. Honneth’s theory, however, assumes that everyone craves for recognition and that this crave is what is motivating, for instance, social movements.

11. Katharine Browne and Sebastian Watzl “The Commodification of Attention”

Recent public debates about the so-called “attention economy” - especially as it plays out online and in social media – allege that technology companies like Google or Meta treat our attention as a commodity that is bought and sold in the market-place. In those debates, as well as in recent philosophical work, ethical concerns about this market for attention have been raised. We here aim to make progress toward a conceptual understanding of the relevant economic transactions, and their ethical assessment. We argue that there is indeed a sense in which attention is treated as a commodity: individuals lend out their attentional capacities in exchange for technological services. Our analysis draws on a parallel to the labor market. We argue that this attention market is both economically and ethically more fundamental than the market in personal data discussed, for example, in Shoshana Zuboff's work on surveillance capitalism. We then draw on the insights of the literature on the ethics of contested commodities such as human organs, or reproductive and sexual labor to argue that there is (a) nothing per se ethically problematic about attention markets, but (b) we need better democratic regulation of those markets than we currently have.