A workshop bringing together local and international experts to examine philosophical approaches to the sensory perception of properties and relations. 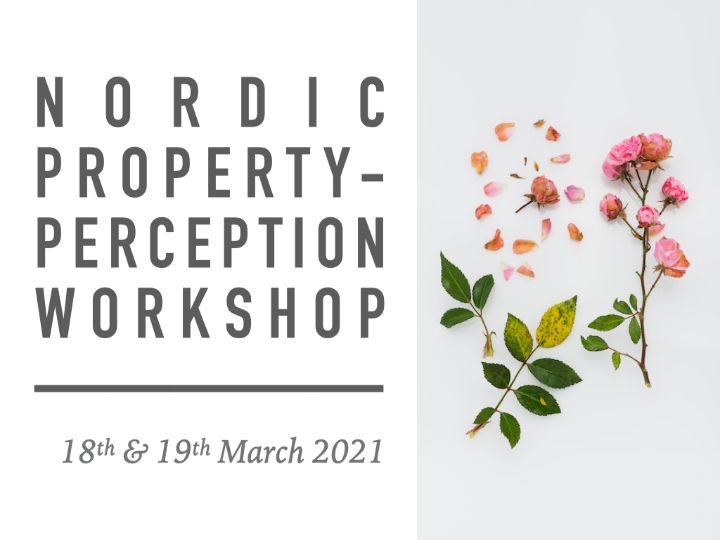 The perception of sensory properties, such as colour, shape or odour, is often considered secondary or subsidiary to perception of the objects to which they belong. Recently, however, a growing body of research has started to examine various asymmetries between the metaphysics, epistemology and phenomenology of object and property perception.

A collaboration between the University of Oslo’s Perceiving Representations project and the Perceiving Properties In a World of Objects project, based at the University of Oxford, this exploratory two-day workshop aimed to start a conversation about these issues among philosophers at the Nordic universities and beyond.

The workshop took place on the 18th and 19th March 2021 via Zoom videoconferencing. In addition to attending six talks, briefly summarised below, attendees were able to question the speakers, participate in online discussion, and talk informally over ‘digital coffee’ and lunch via a series of dedicated breakout rooms.

The event was a great success, and the work presented will inform ongoing research in both projects, which are funded by the Research Council of Norway and John Fell Fund, respectively.

The full programme for the workshop including abstracts for each of the above talks can be found here. Thank you to all our speakers and attendees, and to our funders for making this event possible.

By Keith Wilson
E-mail this page