Head of Department - Department of Culture Studies and Oriental Languages 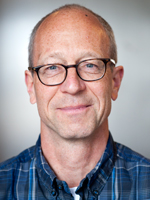 My main academic interests are the language, history and intellectual history of China. I have mainly been working on two separate periods in Chinese history. The first of these two is the early period of Chinese philosophy and thought during the pre-Qin period and the Han dynasty. The second of these periods is the time following the Opium War in 1840 and the subsequent encounters between Chinese and western culture, language and thought. Within these two periods I have worked with the history of concepts, textual history, the history of Chinese philosophy and ideas, cultural encounters, modernity, individualism and environmental history.

My background is from China studies and sinology. I have studied in Oslo and in China. I also did my PhD in Oslo which was completed in 1996. I was employed in a permanent position in China studies at the University of Oslo in 2004.