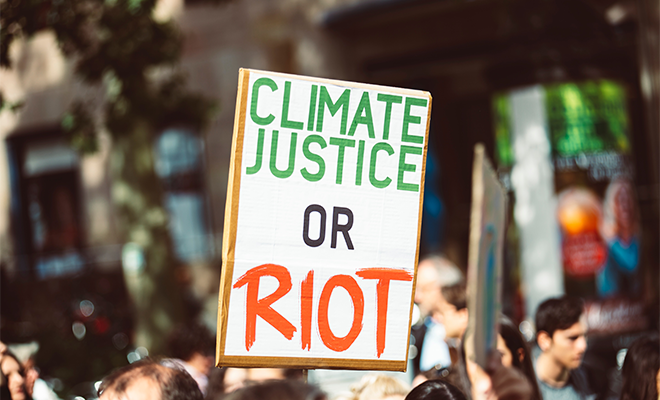 Photo by Markus Spiske from Pexels.

The latest major report from the UN’s Intergovernmental Panel on Climate Change was issued in October. The message was dramatic, but unequivocal: The world’s emissions must halve over the next 12 years if we are to avoid the worst consequences of global warming. Unfortunately, we are as yet poorly positioned to reach even the less ambitious two degree target set by the Paris Agreement.

The targets may seem clear enough, but solving the climate crisis still stands as the most complex challenge of our time. How do the humanities fit into this demanding work?

​During the Humanities Days in October, the University of Oslo launched its new interdisciplinary initiative, the Oslo School of Environmental Humanities (OSEH). OSEH joins a growing international movement of humanities research on environmental and climate issues, and is one of five new and prioritised academic initiatives at the Faculty of Humanities over the next five years.

“Researchers in all the humanities disciplines have been working on environmental issues for a long time,” says interim head of OSEH and professor of China Studies at the University of Oslo, Professor Mette Halskov Hansen.

“But it is only in the past ten years or so that we have fully realised that the humanities have been too little involved in major research projects on climate and the environment, which have hitherto been dominated by the “hard” sciences.”

The idea that “hard” science alone cannot solve the climate crisis is well on the way to becoming an established truth.

That is the opinion of Sverker Sörlin, professor of Environmental History at KTH Royal Institute of Technology in Stockholm. He has long been one of Scandinavia’s leading voices in the field of environmental humanities, and was in Oslo this week to attend the launch of OSEH.

​ “Religion, culture, social understanding, historical insight and philosophy. If you put together all of the humanities, you can ask a simple rhetorical question: Can we really deal with such large and complex social challenges without this knowledge? We can’t,” says Sörlin.

He thinks it is almost surprising that the perspectives of the humanities are only now beginning to come up in the climate debate.

“Humanities researchers are unusually well suited to analysing and understanding how societies adapt. The answers to why major economic and political upheavals or shifts in values have occurred previously can be found in the humanities. This knowledge base has already been established, but it must be mobilised and adapted to climate issues,” says Sörlin.

The launch of OSEH at the University of Oslo will provide a new incentive for interdisciplinary cooperation, and has already aroused great interest in the disciplines in question, according to Halskov Hansen.

“The enthusiasm that we are currently experiencing for the environmental humanities shows that researchers want to exchange perspectives and ask new questions to find the answers we need,” she says.

Halskov Hansen says that the initiative will contribute to better access to key research funding, and will build up new teaching in interdisciplinary environmental research at bachelor and master levels.

“This is a field of great interest, especially among younger researchers, and we are pleased that the initiative will also provide new opportunities for doctoral and post-doctoral research fellows,” she says.

​ German social anthropologist Dr Ursula Münster, currently associated with the Rachel Carson Centre at the University of Munich, will head the initiative from 2019.

The main objectives are already in place, and at the centre is an aim to construct dialogue not just across the academic disciplines but also beyond academia.

In the hall during the launch event, representatives of both the think tank Civita and World Wildlife Fund (WWF) were present. WWF Norway Secretary General Bård Vegar Solhjell welcomed perspectives that can help expand climate debate from discussions about technology to a broader understandings of humanity’s relationship to nature.

Halskov Hansen says OSEH is ready to pick up the ball:

“We will work hard to create meeting places and dialogue with organisations and politicians, so we can focus the discussion and get a grip on specific issues together.”

Must the humanities deliver solutions?

The span of issues that Oslo Environmental Humanities will cover is both wide and varied.

What can a study of Chinese school books tell us about how different cultures understand humanity’s relationship with nature? How do visual paradigms affect our concept of the globe? What words do we use to describe a globe in geological change?

At the same time, the climate debate continues to be characterised by demands for rapid action and concrete solutions.

Sörlin believes something that is new about environmental humanities is that the movement will draw humanities researchers into a more proactive relationship.

“We are used to analysing and explaining, and have probably had a degree of principled scepticism against getting involved in solutions. My view is that we can and should do it – otherwise someone else has to do it. It makes sense for those who are best suited to be the ones to take on the job,” says Sörlin.

Halskov Hansen nevertheless considers that humanities researchers must not be obliged to deliver solutions.

“The way we can contribute is, for example, to look more closely into how humans adapt to major climate changes, and we can explore all the cultural, social, and emotional aspects of climate change that cannot be measured and weighed,” she says.