This research project investigated indigenous approaches to museums in an international comparative perspective in order to better understand and critically discuss the overall ‘museum’ concept. 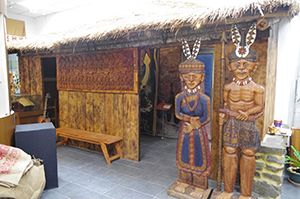 All over the world growing numbers of indigenous communities are creating institutions devoted to the protection, display and preservation of their cultural heritage. Indigenous museums are today the springboards for indigenous rights claims, struggles for political self-representation, redressing historical wrongs and collective healing.

Knowing so little about this global, growing phenomenon is problematic because indigenous museums provide arenas for ground-breaking museological approaches inspired by indigenous perspectives. These are transforming mainstream museums, as evidenced by the claims to repatriation, the treatment of human remains and the development of new work protocols. This project wanted to help forge a new code of ethics for museums, emerging from the demands advanced by Indigenous Peoples.

Understanding indigenous perspectives on museums is crucial if we are to understand how we best can transform our very idea of a museum and its social roles.

The aim of this research project was to investigate indigenous approaches to museums in an international comparative perspective, in order to produce research outcomes that will help us to better understand and critically discuss the overall ‘museum’ concept.

This aim was attained through the following objectives:

As a part of this project, this seminar series aimed to explore the concept of 'indigeneity' and its connections to cultural heritage.

Increasingly, at international level, we see Indigenous Peoples claiming and deploying their 'indigeneity' in the context of discourses and practices relating to cultural heritage. But what is 'indigeneity', and how is it articulated through heritage? What are the implications of these processes for the understanding of both heritage, and indigeneity? And what are the main epistemological and ethical challenges researchers encounter when studying these processes?

This seminar series provided a venue for an interdisciplinary group of researchers to discuss these issues; the geo-cultural focus was open in order to provide the broadest possible range of empirical perspectives.

We engaged theoretically, and critically, with the concept of indigeneity (and neighbouring concepts such as indigenous knowledge and indigenous research methodologies), and discussed the role that heritage - as a discourse and a set of practices - is playing in shaping these concepts.