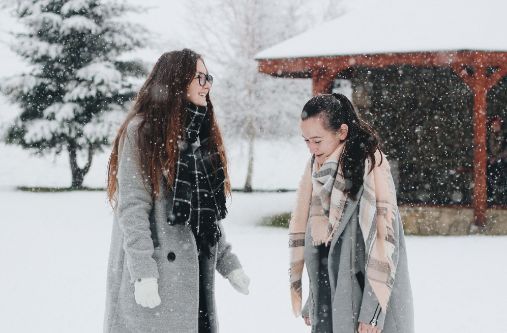 The group brings together researchers who are interested in human social interaction and language, and it studies the detailed ways in which people construct their everyday social world in and through interaction.

Although the Norwegian language is the main focus of the group, the members of the group also study other languages as well as multilingual interactions. This provides an opportunity for various types of comparative settings.

Some of the themes that the members of the group are currently working on include:

Schedule for the upcoming meetings is announced at the beginning of each term. We warmly welcome other researchers and students working on interactional data to join our meetings!

Database on Norwegian everyday interaction is a cumulative data-collecting project in collaboration with the Text Laboratory. The result will be a searchable database of video and audio recorded Norwegian face-to-face and telephone interactions, and transcriptions of them.

The members of the research group collaborate with researchers from other universities both nationally and internationally. NIA (Nettverk for interaksjonsanalyse, Universitetet i Sørøst-Norge) is a central collaboration partner.

The University of Oslo is one of the rare places in Norway that offers specialisation courses in conversation analysis (see RETKOM2102 – Samtaleanalyse, RETKOM412: Samtaleanalyse 1 and RETKOM4125: Samtaleanalyse 2). The students become familiar with interactional approaches to language also in some other courses in Scandinavian Studies (e.g., NOAS2102: Andrespråkslæring og andrespråksundervisning).

No Ta-Oslo (The Text Laboratory, ILN)