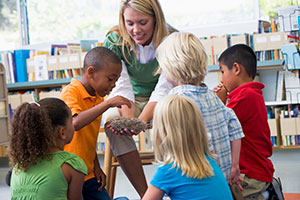 Increasing numbers of minority children are learning Norwegian as a second language in kindergarten. Politically, kindergarten is considered as a key language-learning arena, and facilitating language development is regarded as one of its most important tasks.

There has been a widespread belief that second language is achieved automatically through kindergarten attendance, simply by playing with other children, but a recent doctoral dissertation by Gunhild Tomter Alstad has shown that this is not the case.

Alstad says: "Second language development requires hard work on the part of both the preschool teachers and the children. Good learning situations can be created by preschool teachers in many ways, but require academic knowledge and an awareness of methodology."

Many paths to the goal

In her doctoral research Alstad has examined the kindergarten as a language arena, and used interviews and video-based observation to explore how preschool teachers work to teach children a new language. In particular, Alstad has studied what preschool teachers themselves consider to be good language-learning situations and activities. Her work throws light on the complexity and diversity of facilitating second language development in kindergarten and the language learning potential in early childhood education settings.

"The preschool teachers can tailor their work with language to fit the individual needs of the children in their care. Sometimes children are taught in small groups or individually – for example, by sitting at a table, showing the child a picture or an object and saying: "This is a banana – BANANA", explains Alstad.

"At other times language work is integrated into everyday activities, such as role-play. This is a language-learning setting that demands far more advanced language, because roles are assigned and played out only through language, for instance through statements such as ‘now I’m going to be the teacher’."

"There is a need to work systematically with language, but not necessarily in the form of teacher-led, planned activities. Being able to improvise and seize language-learning opportunities during the kindergarten day is also important," says Gunhild Tomter Alstad. 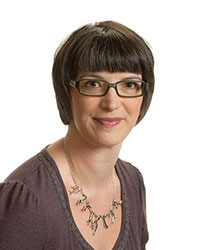 Children do not develop a second language by starting with simple words and constructions before advancing to more complex elements. They need to develop both the simple and the more demanding language simultaneously. And since play and learning are interconnected, it is beneficial to integrate language learning into all kindergarten activities and to involve all the children.

Multilingualism as a resource in teaching second language

Alstad’s study examines the practices of three preschool teachers. All three teachers aim to facilitate both first and second language development, but they have different parameters for this work.

One of them is participating in a project which aims to teach English to children whose mother tongue is Norwegian. The teacher speaks both languages, and Norwegian and English are used interchangeably to facilitate the learning of English as second language.

The other two preschool teachers both work to enhance Norwegian as a second language to children with a minority background. They do not speak the children's mother tongues. One of them has access to a bilingual assistant on a permanent basis; the other does not.

"Bilingualism is important in all three kindergartens, and is viewed as a resource. The kindergarten with a bilingual assistant works to foster the mother-tongue skills of the individual child. When children are proficient in their mother tongue, the potential for second-language development is strengthened."

All languages are equally important

The third preschool teacher works actively to promote the multilingual identities of the children. She does not speak Somali, Kurdish or Burmese, and would have liked to enhance the competence of the kindergarten with a bilingual assistant. In the absence of such an assistant, she chooses to draw upon the linguistic knowledge she has herself – Spanish, English, German and her own Norwegian dialect.

"Many different situations during the kindergarten day are used to create awareness around words and language, and this results in a diverse arena in which all languages are of equal value. The linguistic knowledge of every single child is highlighted, acknowledged and shared with the group. The objective is to increase linguistic awareness, strengthen identity and, not least, children's pride in the languages they bring with them," says Alstad.

Tests do not tell the whole story

She is sceptical about the ever-increasing practice of measuring children’s skills.

"Perhaps tests can show us that a child knows a lot of words. But are we actually measuring what is most important? And does this mapping reveal the complexity of language development in multilingual children?" asks Alstad.