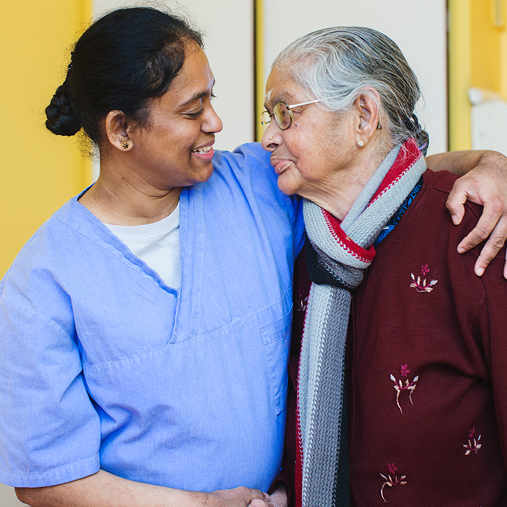 Elderly people who are at risk of developing dementia may benefit from speaking two languages (Photo: UiO/Nadia Frantsen)

Approximately 70 000 Norwegians suffer from dementia-type diseases, and the number is expected to rise. Dementia involves impairments related to memory, language, visual-spatial skills, personality, behaviour and activities. Alzheimer’s disease is the most common form of dementia.

The Canadian researcher Ellen Bialystok attracted international attention in 2007, when presenting results indicating that people who use two languages on a regular basis develop dementia symptoms four to five years later than monolinguals.

Now, researchers at the Centre for Multilingualism, Faculty of Humanities, have set out to explore this and several other question in the centre’s new project MultiLing Dementia: Dementia and Multilingualism.

‘Ellen Bialystok made her studies in Canada, other researchers have made equivalent studies in India, and results from both places indicate delayed onset of dementia symptoms in bilinguals. However, the topic is hotly debated. We wish to undertake studies in Norway,’ Professor Hanne Gram Simonsen explains.

From childhood to old age

As regards children, the researchers are relatively certain that bilingualism is an advantage. Using two languages on a regular basis presents cognitive challenges, and the children have an opportunity to exercise their brain differently from other children.

They have a better executive function, which means that they are better at changing perspective and maintaining selective attention. Compared to other children, bilingual children find it easier to focus on what is relevant, instead of being distracted by less important information.

Even though recent research indicates that elderly people also benefit from using two languages regularly, the findings remain hotly debated, according to Simonsen.

‘The studies that have been made indicate that bilinguals suffer from dementia just as frequently as others, but the onset of symptoms is delayed. It is believed that this is related to the executive function in the brain. Most likely, older bilinguals have developed quite special abilities. They have simply given their brains more exercise,’ she says.

Dementia affects the very structure of the brain. Monolinguals and bilinguals are probably stricken by dementia at the same point in life on average, but bilinguals appear to have some kind of cognitive reserve that delays the symptoms.

Could be useful in care for the elderly

With Professor Jan Svennevig, who is project director, Simonsen and some of her colleagues at the Centre for Multilingualism will investigate what happens to the language of ageing Norwegians, bilingual and monolingual, healthy and with dementia.

How do they find the words when they need them? Which strategies do demented people use in order to be understood when communicating with others? And is bilingualism really an advantage for someone stricken with dementia?

By comparing bilinguals and monolinguals, the researchers may form an impression of how and to what extent these groups differ from each other.

‘Since we currently have little knowledge of how dementia manifests itself in bilinguals, we believe that this project may provide us with information that could prove useful, including in care for the elderly. For example, we do not know whether a Pakistani immigrant loses one language faster than the other, and if so, which one of the languages tends to be the first to disappear,’ Simonsen explains.

It is estimated that by 2040, nearly half of all inhabitants of Oslo will come from an immigrant background. And the proportion of elderly people among us is increasing.

Is our school English of any help?

One part of the project will study the language of adults whose mother tongue is Norwegian, but who have learnt English since primary school and use both languages on a regular basis. Very little is known about this group. The study will include not only elderly people, but also young and middle-aged language users.

‘There are increasingly many who have a second language they have learned while of school age, since the use of English in non-Anglophone countries is increasing. It would be interesting to find out whether this provides the same cognitive benefits as learning two languages at an early age, in a setting where the second language is dominant in the environment,’ Simonsen says.

As a part of this project, the researchers will also study how we in our society describe topics such as ageing, illness, communication and dementia when speaking and writing.

The project will run over a period of four years, and a pilot study is already underway. The scope of the project remains as yet unknown, since it will depend on the amount of funding that is allocated.

Center for Multilingualism in Society across the Lifespan 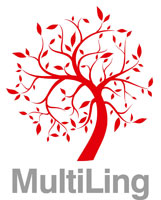