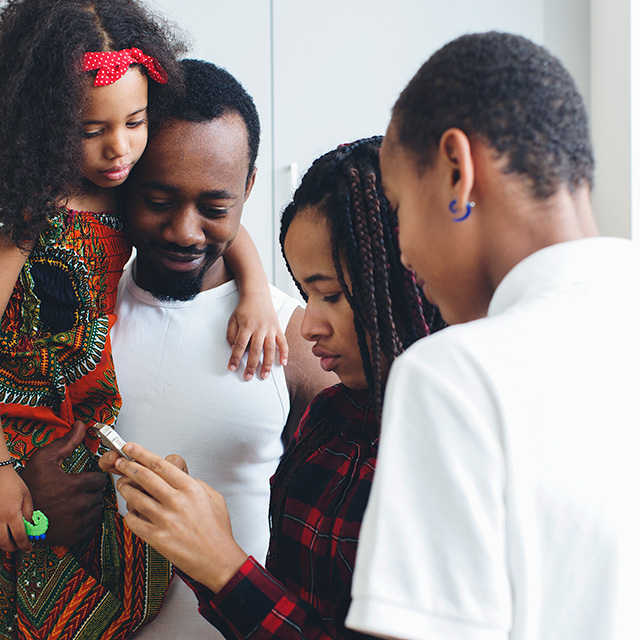 Professor Jannis Androutsopoulos and Postdoctoral Fellow Kristin Vold Lexander at MultiLing (the Center for Multilingualism in Society across the Lifespan)  at the University of Oslo have researched the interplay of various languages and media for interpersonal communication.

They have conducted field work involving four Senegalese background families in Norway.
“Our field work shows that the family members use a range of digital communication applications to maintain and expand their communication network in Norway, Senegal and other parts of the world,” confirm the researchers.

They describe a typical situation for one of the informants in the study – anonymised with the name “Rama”:

“Rama* hangs up after a phone call with her grandmother in Senegal, who only accepts the Joola language in their conversations. She notices that she has received a Snapchat video in Norwegian from her friends from school, and then a Facebook messenger voice message in Wolof from her cousin in France comes in, just as she is reading the usual good night message from her mother, in French and English. In a couple of minutes, Rama uses several parts of her linguistic repertoire to communicate on various media with family and friends in Norway and elsewhere in the world.”.

Creating a graph of social networks

“We visualise these networks in “mediagrams”, a kind of social network graph that represents language and media choices of our informants to various members of their nuclear and extended family as well as close friends.. Rama’s mediagram (see picture), for example, shows that she draws on five different languages to communicate with family and close friends in Norway, Senegal and France,” explains Kristin Vold Lexander.

Some connections involve only one language (e.g. to her grandmothers), others up to four (e.g. to her mother and uncle in Senegal). Rama uses these languages in both writing and speaking, and maintains most of her contacts by Facebook messenger, whereas phone calls, SMS and Snapchat are reserved to specific partners.

“Such variety of languages and media is the rule rather than the exception with our informants,” explains Professor Androutsopoulos.

The researchers study how the informants’

choices of language (Norwegian, Wolof, French or English), linguistic mode (written, oral or both) and media (text message, WhatsApp or Skype) vary according to their competencies and the types of social relationships they maintain with their interlocutors.

Preliminary project findings suggest that our informant’s choice of languages is closely related to their choice of whether to write or speak.

“This is due to the fact that they have different levels of competencies in the different languages they know. Most of the informants with Senegalese background, for example, have never learned to read or write vernacular languages such as Wolof, as French is the official language of instruction in Senegal,” explains Kristin Vold Lexander.

In addition, the decision for a specific language and language mode is also related to the competencies of particular addressees..

“Rama is typical of the families in the study, as Senegalese languages and spoken media are normally preferred when communicating with parents and grandparents in Senegal,” explains Professor Androutsopoulos.

In other cases, whether to write or talk depends on the nature and dynamics of each particular social relationship.

“We find that less dense relationships where people communicate just a few times per year are highly likely to be limited to writing, which also is the mode of choice for relationships that involve some form of conflict,” explain the researchers.

During the research project, the two researchers also found that the informants treat digital texts as an opportunity to improve their linguistic skills in Norwegian. The parents in one family, for example, send text messages in Norwegian instead of in French or Wolof, and they correct each other when they make mistakes.

“This couple is aware that they need to improve their written Norwegian if they want to live in Norway, so sending text messages in Norwegian is a way of supplementing other types of training such as language courses,” confirms Kristin Vold Lexander.

The informants not only want to improve their Norwegian skills, they also hope to preserve the languages they learned in their native country.

Immigrants from Senegal arrive in Norway with a number of so-called heritage languages. They speak Wolof – a language used by 80-90 percent of the Senegalese population. They often know another Senegalese language from the village where they lived, their neighbourhood or a language used by their parents’ ethnic group.

“Moreover, they have studied French and perhaps also Spanish and English at school and may even have learned Arabic in the Koranic school. There are few spaces in Norway where all these languages can be practiced, and spoken-language media, such as telephone conversations, video conversations and voice messages offer our participants chances to use more Wolof,” explain the researchers, adding:

“Digital contact with family members in Senegal is therefore important. not just for our participants’ sense of social identity, but also for maintaining their heritage languages and preventing language loss while in Norway.”

Professor Androutsopoulos and Kristin Vold Lexander’s project is entitled “Multilingualism and mediated communication” and is a research project under MultiLing – the Center for Multilingualism in Society across the Lifespan at the University of Oslo.