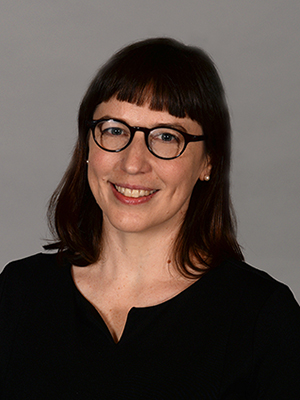 I am an environmental historian of Modern Russia and the Soviet Union, with a geographical research focus on the "subtropical" south and the Black Sea, in transnational and international context. I am especially interested in intersections between environment and health, nature protection, urban planning, and maritime environments.

My first book, Therapeutic Natures: Environment and Health in the Soviet Sanatorium, 1917-1991 (currently under peer review), is a history of the sanatorium covering the entire Soviet period. It examines how medical research produced environmental knowledge in the past, and how this environmental knowledge shaped the medical practice, architecture, urban planning, and landscapes of the sanatorium and the rise of ecological self-understanding and consciousness in society. This study applies theoretical frameworks developed in the “post-Pasteurian” turn in environmental humanities, emphasizing the interconnection of the human body and the environment and between textual, material, and embodied knowledges and experiences. I argue that the rise of bacteriology did not lead to a paradigm shift away from the environmental dimensions of disease in Soviet medicine, as occurred in other contexts within scientific medicine particularly after the discovery of antibiotics. A distinctly socialist form of natural healing developed in the Soviet Union, which had its origins in Central European natural healing practices and international socialist politics. The Soviet approach to medicine was not backward, but rather constituted a socialist variant within the shared experience of scientific medicine in the twentieth century.

I am the curator of a forum on 'The Black Sea World and the Question of Boundaries', published in Kritika: Explorations in Russian and Eurasian Studies, drawing on a workshop that I convened on 'The Black Sea in the Socialist World' at Birkbeck in 2015.

I have a PhD and MA in History from Harvard University and a BA in Comparative Literature from Yale University. Before coming to Oslo, I was a Lecturer in International and European History at Flinders University in Adelaide, Australia, and a post-doctoral research fellow at Birkbeck College, University of London.

2017 Kathleen Fitzpatrick Visiting Fellow in the Laureate Research Program in International History, The University of Sydney

2015 Society for the Social History of Medicine Conference Organisation Grant