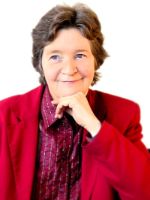 Wiestad has published books and written more than a hundred professional papers about theory of knowledge, history of philosophy, gender theory (including gender theories of Rousseau and Kant), pedagogical philosophy, modern feministic theory, and the phenomenology of place, with emphasis on the interplay between localization and self, called The Environmental Self.

From 1975 Wiestad introduced women and gender related topics in the philosophy teaching at The University of Oslo (UiO). She contributed from 1980 to integrate gender perspectives and establish gender study subjects in philosophy at several university levels. She also contributed to establish and teach in the interdisciplinarian field Gender and culture. In 2004 she established together with professor Tove Pettersen the study subject Gender and Philosophy. Through the media, giving interviews, talks and writing articles in the press she has also contributed to the general dissemination of philosophy.

Else Wiestad (see also Viestad) obtained in 1973 her Masters degree in philosophy at UiO (Magistergraden, approximates a Ph.D. in the US) on the treatise Frihet og erkjennelse. Prinsippet om forutsetningsfri erkjennelse som problem i nyere tids filosofi (i.e. Freedom and cognition. The principle of assumption-free knowledge as a philosophical problem in recent time). She was the first woman at UiO to present a Doctoral Thesis in philosophy on a subject of gender with her dissertation Kjønn og ideologi. En studie av kvinnesynet hos Locke, Hume, Rousseau og Kant (i.e. Gender and ideology. An interpretation and critique of the view of women by Locke, Hume, Rousseau and Kant.) (Thesis 1986, book 1989.) Among other books she has published may be mentioned De store hundreårsbølgene. Kjønnsdebatten gjennom 300 år (1994) (i.e. The great hundredyear-waves. Gender debates over 300 years), and Stedene som former deg. Om rom og subjektivitet (2014), (i.e. How places shape you. On space and subjectivity).

Tags: Theory of knowledge, History of philosophy, Gender Theory, Pedagogical philosophy, The phenomenology of body and space.
Try a new version of this publications list.