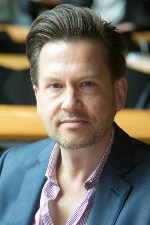 I joined IFIKK/CSMN in July 2014 as Associate Professor in Practical Philosophy.

The main part of my research is focused on different themes in metaethics, but I have also authored papers in aesthetics, experimental philosophy, and normative ethics.

In my dissertation, Moral Reality. A Defence of Moral Realism (2004), I defend a naturalist, non-reductionist, version of moral realism.