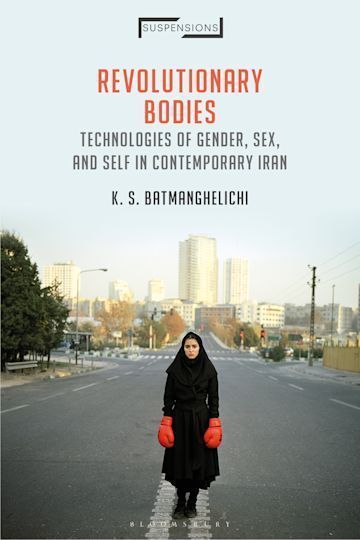 "Through a diverse blend of sources - a popular cultural women's journal, a red-light district, cases studies of temporary marriages, iconic public statues, and an HIV-AIDS advocacy organization in Tehran - this work argues that conceptions of gender and sexuality have been mediated in public discourse and experienced and modified by women themselves over the past thirty years of the Islamic Republic."

"Expanding upon existing philosophical theory, technological research and scholarship on gender and sexuality in Iran, this book focuses much needed attention on under-studied, marginalized communities, such as widows living with HIV. This work interrogates how bodily technologies are constructed discursively and socially in Iran and the values and perspectives which are incorporated in them."

"An unparalleled account of the role and the centrality of female citizens in the political imaginations of both the current Iranian regime and the Pahlavi monarchy it unseateed, this is a work of original and interestingly sourced scholarship, and of thoughtful analysis." Homa Hoodfar, Professor of Antrhopology, Emerita, Concordia University, Canada.

Kristin Soraya Batmanghelichi is Associate Professor of Middle East studies in the Department of Culture Studies and Oriental Languages, University of Oslo.