Meditation is practiced in Norway as well as in India. With or without a religious purpose. And with a wealth of different techniques. Meditation has been performed for several thousand years, and appears in all the major religions.

But what is meditation? What role does it play in various cultures? And how is it practiced in different parts of the world? These are some of the research questions addressed by Halvor Eifring, professor at the Department of Culture Studies and Oriental Languages.

“There are numerous forms of meditation. Historically, meditation practices have been far more diverse than those we are currently familiar with. Acem, Zen and mindfulness are just the top of the iceberg,” he tells us.

In the course of three years Professor Eifring has been the editor of three books on meditation. The first, about Eastern Asiatic meditation techniques, was published in Chinese in 2012. Book number two is about meditation in Judaism, Christianity and Islam. The third book addresses meditation practices in Hinduism, Buddhism and Taoism. 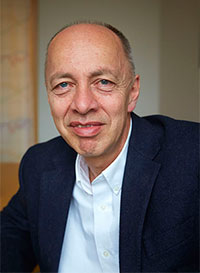 Professor Halvor Eifring has himself practiced Acem-meditation daily since he was 16 years old. (Photo: Annica Thomsson)

“Gathering texts on different traditions in one volume gives us a wider perspective and a more holistic understanding of what meditation is and how it is practised,” says Professor Eifring.

“A rough division can be made between Western and Asiatic meditation traditions,” he tells us, and explains, “While the Western form of meditation has traditionally been based on content, technical forms of meditation are far more widespread in Asia.”

A typical example of a content-based form of meditation is the recitation of prayers or scripture. It can also be the visualization of specific episodes or incidents – like a story from sacred scripture, the death of Christ or one’s own death.

“Such meditation practices have been used in Christianity, Judaism and Islam,” says Professor Eifring.

Technical forms of meditation can also be more physical and focus on breathing techniques and movements – as in yoga. It can also involve specific ways of focusing one’s attention, such as including and accepting all impressions.

Eifring thinks that one of the reasons for the difference between Asiatic and Western meditation is that the Western religions place far more emphasis on a personal relationship with God.

“This personal relationship is not as important in Asiatic meditation. The religious element is not only reflected in the individual’s relationship with God or the Gods, it is also part of a greater whole. This may have resulted in a greater freedom in regards to how religious practices are to be carried out,” he says.

Nobody quite knows when meditation first came into being. But in Indian sources, meditation is described from around 600 B.C. In both the West and in China, meditation is portrayed a few hundred years later. 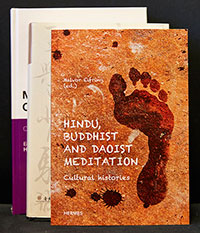 Professor Eifring is the Editor of three books on different traditons in meditation.

“Traditionally, meditation is strongly connected to religion. Today it is also practised without a religious purpose, but the actual word ‘meditation’ does in fact come from Christianity,” Eifring says.

“Meditation has nonetheless been controversial in many Western religions. And technical meditation techniques have been particularly looked down upon.”

“Pope Johannes Paul II made his view clear when he stated that meditation is about communicating with God, rather than about techniques,” he says.

“There are a number of meditative traditions in Catholicism. The same applies to Judaism. And it has been very prominent in for example Kabbala,” he tells us.

“Meditation is also widespread in Islam, not least in Sufism. But it does not have a prominent position in Protestantism.”

“Martin Luther used the term ‘meditation’, but primarily to describe a form of thought,” he adds.

Traditionally meditation has had a stronger position in religions such as Buddhism, Taoism and Hinduism than it has in Western religions.

“In Buddhism meditation is a symbol of the religion – Buddha is almost always portrayed in a meditating pose,” Professor Eifring tells us.

Asiatic meditation on the rise

Western meditation practices have changed drastically since the 1960s. They have been taken out of their original religious context – thereby becoming less content-based.”

Simultaneously, meditation has become more widespread in the West.

“The fact that meditation is no longer necessarily connected to religion has made it easier for people to practice meditation” he says.