Museum: A Culture of Copies (completed)

The project directly addressed key questions in contemporary museological discourse and practice: how will digital representations change the place of the museum in society, the status of the object and the collection, the role of the visitor, and the work of museum practitioners? 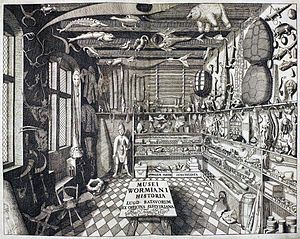 As affordable 3D printing has been launched, the museum community has reacted emphatically. The paradox is obvious: museums are commonly described as storehouses of the real, authentic, material object, but are now eagerly embracing the new copying technologies.

Through an interdisciplinary project involving researchers from a range of disciplines in the humanities, working in close collaboration with museum practitioners, we have addressed these questions from a combined historical and contemporary perspective.

Cutting across current debates, we have raised questions from a new angle: We have followed copies, and the practice of copying, in the museum as it has transpired over a period of three centuries, employing historical findings to theorize the digitalization processes of today.

Our hypothesis was that the museum has never been primarily a storehouse for the authentic, the original, and the real material object. Rather, the museum has provided a space for multifarious representations, within which it creates “the real” through a wide range of copying practices. The representation is what forms the basis of museum practice.

Our premise, then, was that there is nothing essentially new about digitalization – collections have always been fluid, and authentic objects have emerged as results of museum work, rather than formed its basis.

The philosopher Ian Hacking maintains that representation always precedes reality. We have made a more modest claim: that the copy, the drawing, the model and the digital image are often what make museums into storehouses of the real. To investigate and substantiate our claims we have developed a range of studies, ranging from collecting practices in the eighteenth century through digital copying in contemporary museums.

The project was financed by The Research Council of Norway (NFR/NRC).