The Printed and the Built. Architecture and Public Debate in Modern Europe (completed)

In the 19th century architecture entered the printed press and thus the public debate, in newspapers, journals, and public documents. It was circulated and preserved. This project wanted to find out how and why. 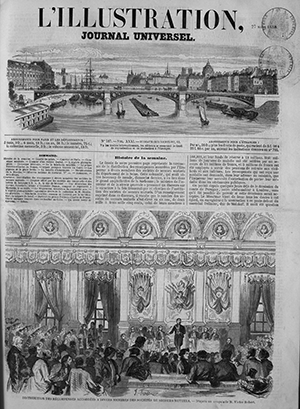 This project studied the relationship between the built environment and print culture in modern Europe, concentrating on the 19th and early 20th centuries.

In this period, a host of new public media developed, altering the way architecture was discussed, understood, and – ultimately – built.

Looking particularly at the illustrated press emerging in mid-19th century, we have examined the way architecture in the modern period become a site for cultural negotiation through printed media.