UiO Faculty of Humanities Department of Linguistics and Scandinavian Studies
Main navigation
Back to uio.no
Sub navigation Menu
About the department > Organization > The Text Laboratory > Projects > Ruija > The Ruija Corpus

The Ruija Corpus is a speech corpus from Kven and Finnish-speaking areas in Northern Norway. 76 hours and 18 minutes of speech have been transcribed, and the corpus contains 428 971 words. 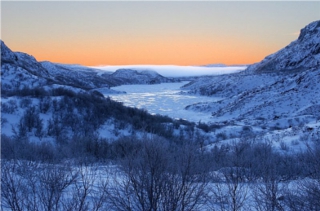 In April 2005 Norway got a new official minority language – Kven was recognised as a language. The Ruija Corpus consists of recordings of interviews, and it is the first on-line corpus of the Kven language. The recordings were made in Kven and Finnish-speaking areas between 1960 and 2009; old recordings have been transcribed and new data were gathered. The search interface of the corpus is Glossa which is designed by the Text Laboratory.

The data come from two research projects, both lead by Dr. Pia Lane at  the Department of Linguistics and Scandinavian Studies, University of Oslo.

Link to the LICHEN-projects webpage

Identities in Transition: A Longitudinal Study of Language Shift in a Kven Community, a post doctoral research project financed by the Research Council of Norway
In 1975 69 people in Bugøynes were interviewed by Finnish ethnologists. In 2009 11 of these were re-interviewed by the project’s Finnish field assistant, and the corpus has data from the same individuals interviewed 35 years apart. In addition, younger people who do not speak Kven were interviewed by a Norwegian-speaking assistant.

Access to data
The Ruija Corpus is password protected and can only be used for research purposes. Parts of the material from Bugøynes/Pykejä will be made available in non-password protected form once the interviewees have listened to the recordings and granted permission.