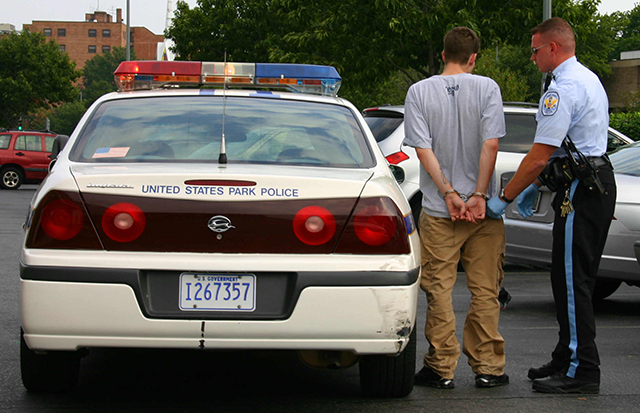 "You have the right to remain silent": The research of Professor Aneta Pavlenko shows that many people with a different mother tongue misunderstand their rights during police questioning. Photo: Elvert Barnes, Flickr

The phone rings in the office of Professor of Linguistics Aneta Pavlenko at Temple University in Philadelphia. The year is 2004. Professor Pavlenko picks up the receiver and hears a man's voice.

“Hello Dr. Pavlenko. I am calling about an ongoing murder case and was wondering if you ...”

“Murder case? Well, you are talking to a Professor of Linguistics. I think you must have dialled the wrong number,” says Professor Pavlenko and hangs up.

Seconds later the phone rings again. The man had not called the wrong number - he really does want to speak to Professor Pavlenko.

He is defending a Russian woman who has been charged with the murder of the new girlfriend of her ex-boyfriend. The woman has been questioned and has been informed of her legal rights, but the defence lawyer thinks that the woman did not really understand the police.

“We need your help, Dr. Pavlenko. “Could you watch the video of the interrogation and assess whether or not she understood what the police were saying to her?

Professor Pavlenko thinks for a moment.

Suspects think they are witnesses

She has been used as an expert witness in several court cases, including after the Boston terrorist attack in 2013. She is now a Research Professor II at the UiO’s (University of Oslo’s) Centre for Multilingualism in Society across the Lifespan, MultiLing.

“Human rights state that all human beings have the right to protect themselves against self-incrimination. If you do not understand your rights during police questioning, you could easily say things which could connect you to a criminal act. There are also many cases of false confessions that have resulted in the wrong person ending up in prison,” she says.

Overestimate their own language skills

In 2017 Professor Pavlenko investigated the understanding of rights among over 100 people with a mother tongue other than English. When listening to sentences such as the following, they were asked to write down what they heard: "You have the right to remain silent", and "You have the right to have an attorney present."

“The results were striking. People do not hear what you think they have heard,” says Professor Pavlenko.

Despite these obvious misunderstandings, most of the respondents said "Yes" when they were asked if they had understood their rights.

"This is a big part of the problem. People often think that their English is better than it really is, and they think that they understand what is being said when actually they do not, “ says Professor Pavlenko.

One way of reducing the chance of misunderstandings occurring is that the police could stop asking questions which only require a Yes or No answer,” says Professor Pavlenko.

“Instead the police should ask the suspect to explain his/her understanding of the rights which have been presented to him/her in their own words. In this way the police could ensure that they have understood the question correctly,” she says, “and if they didn’t an interpreter should be called and the paraphrasing procedure repeated anew”.

Research to be conducted in Norway

Misunderstandings during police interrogations do not just occur in the USA. According to Pavlenko, this is also a big problem in Australia, and the United Kingdom. She is now going to investigate the situation in Norway.

“It is interesting that the police in Norway do not have to read out the legal rights of whoever they are going to interrogate but explain the rights in their own words. Before I can say anything about Norway, I will conduct a thorough analysis. I hope to be able to obtain access to recordings of Norwegian police interrogations so that I and my colleagues can study them,” she says.

Professor Pavlenko is happy to be a part of the UiO’s Centre for Multilingualism and she is looking forward to conducting research in Norway.

“The University of Oslo is good at bringing together researchers in this field from all over the world. When I'm here I feel like I’m at the centre of global research on multilingualism,” she says.