Meet the new leadership at MultiLing

Unn Røyneland and Ingebjørg Tonne share their thoughts on future directions for MultiLing, on the preconditions for excellent research, and on the need to take good care of corona-isolated PhDs and postdoctoral fellows. 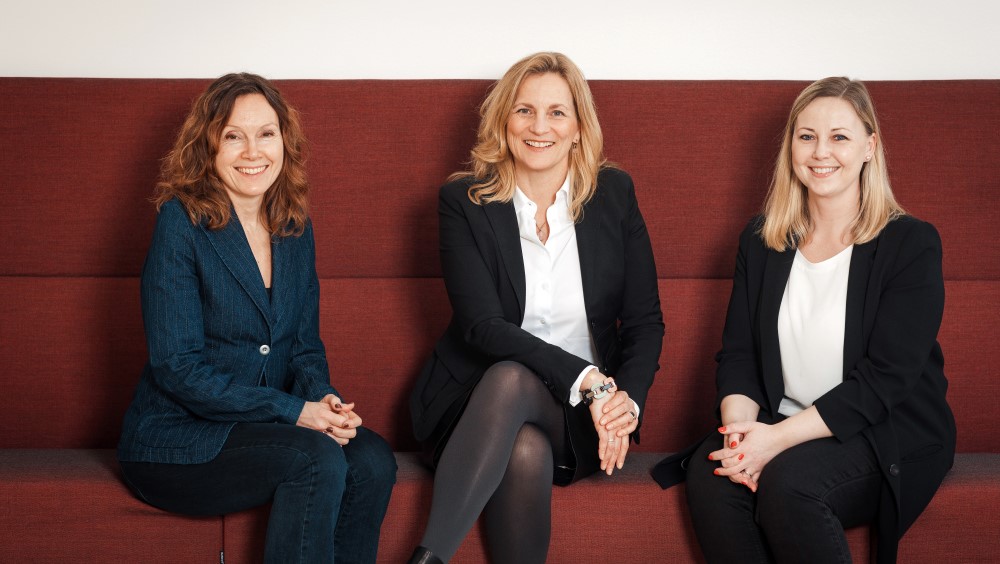 After seven years as Deputy Director, Unn Røyneland has succeeded Elizabeth Lanza as Director of MultiLing upon Lanza’s retirement. Ingebjørg Tonne has been appointed the new Deputy Director. The new leadership does not plan on making revolutionary changes, but rather stick to the existing recipe for success.

They are unanimous in their belief that MultiLing has delivered in line with the goals that paved the way for its Centre of Excellence status back in 2013:

- The Center has been crucial for establishing multilingualism as a separate research area with good resources for research. We have delivered excellent research on important topics and have positioned ourselves as a player to be reckoned with in the international scientific community. We have contributed to the next generation of scholars by supervising some very promising PhD students and by establishing an international Master’s program in multilingualism, with the first students starting this autumn. They also stress the important role MultiLing continues to play in public debates on language policy and language teaching.

Asked about the core ingredients of excellent research, Røyneland highlights the importance of interdisciplinary collaboration:

- You should not underestimate the importance of interaction between excellent researchers exploring multilingualism from different research perspectives and methods. There is no doubt that interdisciplinary collaboration contributes to the enhancement of the entire field of research.

In addition to securing external funding for more interdisciplinary projects, it is important for the new leadership to maintain MultiLing’s position as an attractive international research partner.

- Our position as a hub for excellent research within the field of multilingualism is strong internationally, and many institutions outside of Norway are eager to collaborate with us, as we are to collaborate with them. Candidates from all over the world apply for academic positions and fellowships at MultiLing, and those who have worked at MultiLing are highly sought after by foreign institutions after their tenure at MultiLing. We also have a longstanding and very successful collaboration with South African universities that we want to explore further, says Røyneland.

The working environment is another focus area for the new dynamic Director duo.

- We believe that people deliver the best research when they have a good work-life balance. We have worked very consciously to make MultiLing an attractive place to be at, both professionally and socially.

New researchers and PhD fellows are assigned a "buddy", we have international mentors, and we assist those who have completed their doctoral degree in applying for jobs. We have many alumni members around the globe whom we are very proud of, says Røyneland.

After two years of a pandemic and a certain state of emergency in academia, Tonne sees the need to take extra good care of doctoral and postdoctoral fellows:

- Many of them are here for a limited period of time and have been in almost complete isolation for the greater part of an important time of their life. As society gradually reopens, we must be extra observant of their needs and do our outmost to ensure that the rest of their stay at MultiLing is a positive experience.

Will not ride into the sunset

MultiLing was launched in 2013 as a Centre of Excellence through the Research Council of Norway’s ten-year funding scheme. This means that in two years MultiLing will be phased into the Department of Linguistics and Scandinavian Studies.

However, this does not mean that MultiLing will dissolve. The research on multilingualism will continue, albeit with a slightly different organization, as part of the Department.

According to Tonne, the process of merging the two together is already well under way:

- A successful process depends on communication and openness, and I think we are on track in these matters. The goal must be to find structures and forms of cooperation allowing us to utilise common resources in a way that benefits everyone.

Røyneland took over as Director after Elizabeth Lanza, who led the Center from the beginning until last year, when she became Professor Emerita.

Røyneland is full of praise for her predecessor:

- Elizabeth is an international star in the field and was crucial to getting the Centre of Excellence status. She also made it possible for us at the very beginning to attract partners and researchers from other countries.

- I have worked closely with Elizabeth for many years, both as Deputy Director and as Head of one of our three main research Themes at MultiLing. It is also important to stress that the management of the Center has never been a "one woman show". It has been teamwork all the way, as Elizabeth always stressed.

On dialects and urban slang

As Professor of Scandinavian Languages, Røyneland has worked extensively on dialects, in addition to other research fields.

- The boundaries between dialects and languages are fluid and are as much determined by policies, maps, and political power as by linguistics. If the former Norwegian regions of Jämtland and Herjedalen had not been lost to Sweden in the 17th century, we would still think of their language as Norwegian dialects and not as Swedish, she says.

She has also studied new ways of speaking Norwegian in multilingual urban environments, so-called multiethnolectal speech or popularly referred to as “kebab Norwegian”. Currently, she is part of a major project on young people’s multilingual and multilectal practices on social media. According to Røyneland, the two research fields, dialects and multiethnolectal speech and writing, show that today’s youth use a large, varied, and creative linguistic repertoire.

Røyneland has always been interested in languages. After learning English and German in school, she went to Mexico as an exchange student in the 1980s. There she found herself thrown into deep water living in a host family whose members only spoke Spanish. She will never forget how it felt to be an adult who was only able to express herself as a child.

After learning Spanish "the Mexican way" (and the hard way), she went on to Spain to study at one of the world’s oldest universities in Salamanca. The Salamancans see themselves as the true guardians of gold standard Spanish and a professor of language history was not impressed when Røyneland spoke a la Mexicana. She then learned Spanish "the Salamancan way" and returned to Mexico, where no standing ovations awaited.

- This is how I discovered the often-hidden interconnections between language, identity, ideology, power and oppression, she says.

The joy of grammar

Tonne is a Professor of Scandinavian Languages and Norwegian as a Second Language. She was engaged in research and teaching at the teacher education program at OsloMet for many years, started working at ILN in 2014, and has been part of MultiLing since 2017.

While the word “grammar” turns quite a few schoolchildren off, Tonne talks enthusiastically about the patterns and rules that structure a language. It is no wonder she did her doctorate on contrastive grammar.

- In short, it is about comparing the different grammars of two languages ​​and using the knowledge of one to make it easier to learn the other, Tonne says.

She explains that for someone helping a Vietnamese to learn Norwegian, it is useful to know that Vietnamese is a language with no tense marking on verbs (to indicate a point in time). Norwegian and many other Germanic languages, like English, express tense through verb inflection. One would say, describing a situation today, that “a cat sits on the stairs”, whereas if the same situation was the case yesterday, one would say “a cat sat on the stairs”.

- Vietnamese and many other languages express the point in time for events in a different way, for example, by using adverbs like “today” and “yesterday”, she says.

Training teachers and educating the people

During her studies, Tonne developed a knack for cognitive science and the interplay between language, learning, psychology, and IT. Today her research focuses mainly on grammatical contrasts and grammar as a foundation for reading and writing education.

In addition to training teachers, Tonne has been committed to popular dissemination. She has written several popular science books on language.

When Tonne is not busy exploring unknown terrain in the land of grammar, she enjoys running terrain, preferably uphill. - Running is meditative and clears the mind, and may also clear one’s thoughts about language, she says. For example, one may think about how important the mother tongue is in people’s lives, and how vulnerable we all are – our identity, our authority and our self-esteem are at stake – when we do not use our first languages but are in the process of learning a new language.