Video technology is becoming increasingly more common as a way to provide interpreting in the public sector. The digital media is thought to increase efficiency and access to qualified interpreters, while studies describing and exploring authentic video mediated communication are still scarce, also internationally. 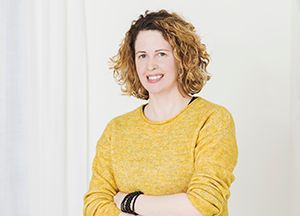 The project explores multilingual interaction in Norwegian health care settings where interpreting is provided through video technology.The project's main objective is to obtain new knowledge about these complex mediated multilingual encounters and to bring forth further knowledge and understanding of mediated interaction and the effect the media has on the interaction. The multilingual language practices which the project explores are complex. The activity of interpreting is only a part of the multilingual encounter between the hospital and a patient, seeing that the relation between a hospital and its patient exceeds the time spent with the interpreter.

To explore how the video technology affects the course of the interaction, this project employs Conversation Analysis (CA) and adopts a multimodal approach to the interaction. CA provides an extensive theoretical ground for understanding elements occurring at the micro level of social interaction, such as the turn-taking system (Sacks, Schegloff and Jefferson, 1974). In addition to having an extensive body of knowledge describing mechanisms of communication, e.g. turn construction, silence, pre-beginnings, post-endings, CA provides relevant theory for understanding participants’ alignment and collaboration through interaction, e.g. parties and teamwork (Lerner 1993, 1996, Schegloff, 1995, Djordilovic, 2012) and multimodal resources, e.g. gaze and turn-beginnings (Goodwin, 1980).

While multimodality can attend to the range of forms people us in communication, like gaze, gesture, posture, image and more (Jewitt, 2009: 14), Jones (2009) provides another multimodal approach to the interaction. Jones (2009: 114) adresses how the media's affordances and constraints might be different when speaking about the media in general and when speaking about the media and modes in use when performing social actions. Hutchby (2001), for instance, illustrates how gestures that could function as strategies to attract attention at the periphery of another participant’s vision if the participants were co-present (e.g. hand gestures, movement of head, upper body and torso), do not necessarily function in video mediated interaction. He argues that video technology may appear to give the possibility of co-presence at a distance, while it seems that the “technologies for communication do not always practically afford what they promise to afford” (Hutchby, 2001:130).

Lerner, G., 1996, On the “semi-permeable” character of grammatical units in conversation:conditional entry into the turn space of another speaker, in Ochs, E, E. Schegloff and S. A. Thompson, Interaction and Grammar. Cambridge: Cambridge University Press

Schegloff, E A., 1995, Parties and Talking together: Two Ways in Which Numbers Are Significant for Talk-in-Interaction. In: Ten Have P and Psathas, G, (eds) Situated order: Studies in Social Organization and Embodied Activities. Washington DC: University Press of America, 31-42.