In 2011 the University of Oslo celebrated its 200th anniversary. Forum for University History was responsible for preparing a jubilee historical work and more generally for research, teaching, and popularization related to history of universities and science. 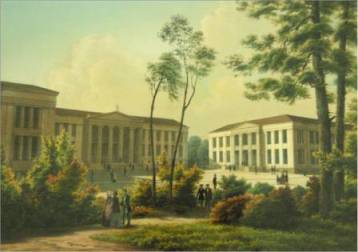 The Royal Frederick University was officially founded on 2. September 1811. The Danish king Frederik VI had decided that the university should be located in connection with the mining seminar at Kongsberg, but in 1813 activities started – in Christiania (Oslo).

Ever since 1814, when Norway gained a liberal constitution and relative autonomy within the Swedish-Norwegian union, the university has functioned as a pivotal institution for the city and the new nation: its government and populace.

Forum for University History was established by the Academic Senate in 1993 to stimulate and facilitate research, teaching and the dissemination of knowledge within university history and the history of science.

Its activities have aimed at producing a solid basis of research and insight for writing the historical volumes that will be published in connection with the university’s 200th anniversary in 2011.

The 4th Norwegian Conference of History of Science

Conference Theme: Geographies and the History of Science