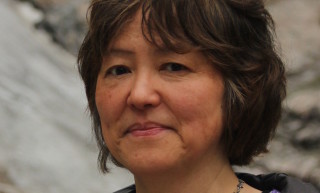 My areas of interest include modern Japanese literature, cultural and social developments in contemporary Japan, especially vis-a-vis woman’s position in it. My methodological approach has been mainly a text-based and context-oriented analysis of literature and culture. Although my doctoral thesis was on Natsume Sôseki, I have written on various other modern authors, as well as on the family politics and welfare system in Japan and Norway from a comparative, sociological perspective.

In connection with centenary of his death (2016), Natsume Sôseki has received renewed critical attention, to which I have also made a few contributions.  My monograph, Rereading Sôseki: Three Early Twentieth-Century Japanese Novels (Harrassowits Verlag 1998), is now available for free download in CEAS Reprint Series for Rare and Out of Print Publications at Yale University.  I have also co-edited Japanese and English anthologies of essays on Sôseki together with Alan Tansman and J. Keith Vincent (2019).

My most current research project, “Affect and Cognition in Modern Japanese Literature” (working title), examines novels by Natsume Sôseki, Ôe Kenzaburô, Tsushima Yôko, Kirino Natsuo, and Kawakami Mieko with a focus on how affect and cognition play out in interpersonal relationships both within and outside fictional worlds.

I have been involved with developing a new international collaborative research project, “Animating Objects” (although still in a planning phase).

I am also a member of the research and education initiative, Literature, Emotion and Cognition.