This project explored the cultural history of spontaneous thought in contemplative traditions. 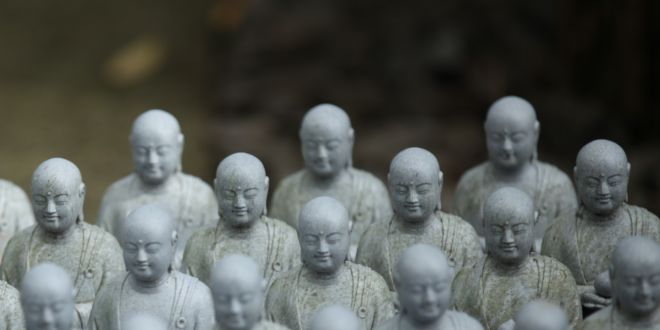 Thoughts, feelings and images that pass through the mind of their own accord fill our consciousness almost half of our waking time and have an immense influence on our lives. They have been alleged to be distractive and destructive, making us unhappy and unproductive. An emerging alternative view maintains that they help us process the past and anticipate the future, understand ourselves and empathise with others, as well as thinking and acting creatively. While science and philosophy have only recently begun to show interest in this part of the mind, it has been a central concern of contemplative traditions for more than two millennia.

The project has received funding from:

The brain and the Self

The discovery of the brain’s default mode network has led to a considerable scientific and philosophical interest in spontaneous thought, often related to self-help practices such as meditation and mindfulness. This case study explored for the first time the concepts and discourses involved, through text analysis of the most frequently cited scientific and philosophical articles of relevance. While the notion of “mind wandering” is the conceptual focus, this literature also employs a number of other important concepts. In terms of discourse, scientists are frequently concerned with the costs and benefits of spontaneous thought, while philosophers are often interested in questions of selfhood. This case study also explored the cross-cultural potential of scientific and philosophical methods used for exploring spontaneous thought, such as neuroimaging techniques, questionnaires, and comparative and contemporary analytic philosophy.

Logismoí in the Desert Fathers

The 4th-century Christian ascetics in the Egyptian desert were concerned with how logismoí ‘thoughts’ disturbed their lives of prayer and contemplation and often saw them as stemming from external demons (sometimes also angels or the human mind), occasionally linked to particular brain areas. With a list of eight types of thought, a forerunner to the seven deadly sins, Evagrius Ponticus (c. 345-399) strongly influenced posterity, despite himself being declared a heretic and consigned to near-oblivion. Evagrius and other ascetics typically aimed at emptying the self of thoughts to make room for God’s will. Earlier scholarship has only barely touched upon the relation between these ideas and the ones found in other contemplative traditions, and has rarely seen Evagrius’s thinking on the mind and the brain in light of modern science and philosophy. This case study focused on the texts “On Thoughts”, “Talking Back”, “Praktikos”, and “The Great Letter”.

Fluctuations of the Mind

Citta Vṛtti in the Yoga literature

According to recent advances in Indological scholarship, the classic Yogasūtra and its commentary Yogabhyāṣa should be seen not as two works by different authors, but as one work by a single author, traditionally referred to as Patañjali and believed to have been active in the late 4th or early 5th century. This work, the Yogaśāstra, drew on early Buddhist materials to provide a systematic theory of the activity of the human mind in both its agentive and non-agentive states, and to consider the influence of various types of attention on both spontaneous and deliberate thinking. Past research on Patañjali, however, has not prioritised the theme of spontaneous thought in his work, as we aimed to do, including one article on the relation between the notion of citta-vṛtti and modern analyses of spontaneous thought, and one on the influence on Patañjali of the Buddhist theory of bhavaṅga, the mind in its rest state.

The ancient Chinese notion of qíng 情, often translated as ‘emotions’, partly overlaps in meaning with the modern concept of spontaneous thought. Emotions were sometimes considered a resource, at other times an obstacle to contemplation or self-cultivation, while another ancient Chinese notion, wú-wéi 無為 ‘non-action’, referring to action that follows the flow rather than going against it, was treated as an ideal across competing schools of thought. Both emotions and non-action have been frequently discussed among scholars of ancient China, but have seldom been seen in relation to each other, which is one of the things this case study undertakes to do, from the point of view of spontaneous thought. How was training, refining or embracing one’s emotions linked to the ideal of spontaneous action? In addition to the classics, the excavation of hitherto unknown ancient texts in the 1990s has brought a great amount of new and highly relevant material to our attention. Some of the texts argue for training, refining or embracing one’s emotions, others advocate bypassing or getting rid of them, yet others want to harmonise them. In either case, the approach is linked to the ideal of spontaneous action, and to the alignment of the self with the Way.

Absorption and the Wandering Mind

While Buddhist meditation is often seen as a way to rid the mind of spontaneous thought, this view has not always dominated the conversation. Pure Land texts from late imperial China have hitherto received limited scholarly attention. Many of them turn recitation into a method of meditation to foster a state of complete mental absorption aimed at eliminating all distracting thoughts. Others eliminate mental distraction by reciting with an exacting precision the name of Amitābha Buddha, seeking not meditative absorption, but a salvific or devotional relationship with this powerful buddha figure. Yet others see the need to accept mind wandering as an integral part of the practice. The practices described aim at liberation from the wheel of life through rebirth in an actual world called a Pure Land. And yet, some practitioners argue that the distinction between self and land could be collapsed, thereby calling into question the very notion of selfhood as the locus of spiritual liberation. Many of the texts engage in wordplay involving the highly polysemic term niàn 念, which may refer to the ideal of mindful absorption, the highly valorised method of recitation, or the frequently unwelcome coming and going of spontaneous thought. This case study focused on texts by Zhūhóng 祩宏 and Lǐ Zhì 李贄 (fl. c. 1600), and a few later Pure Land writers.