The Norwegian Folklore Archives contains many cultural heritage records pertaining to rituals and holidays such as Midsummer, Christmas, Easter, confirmations, and weddings. 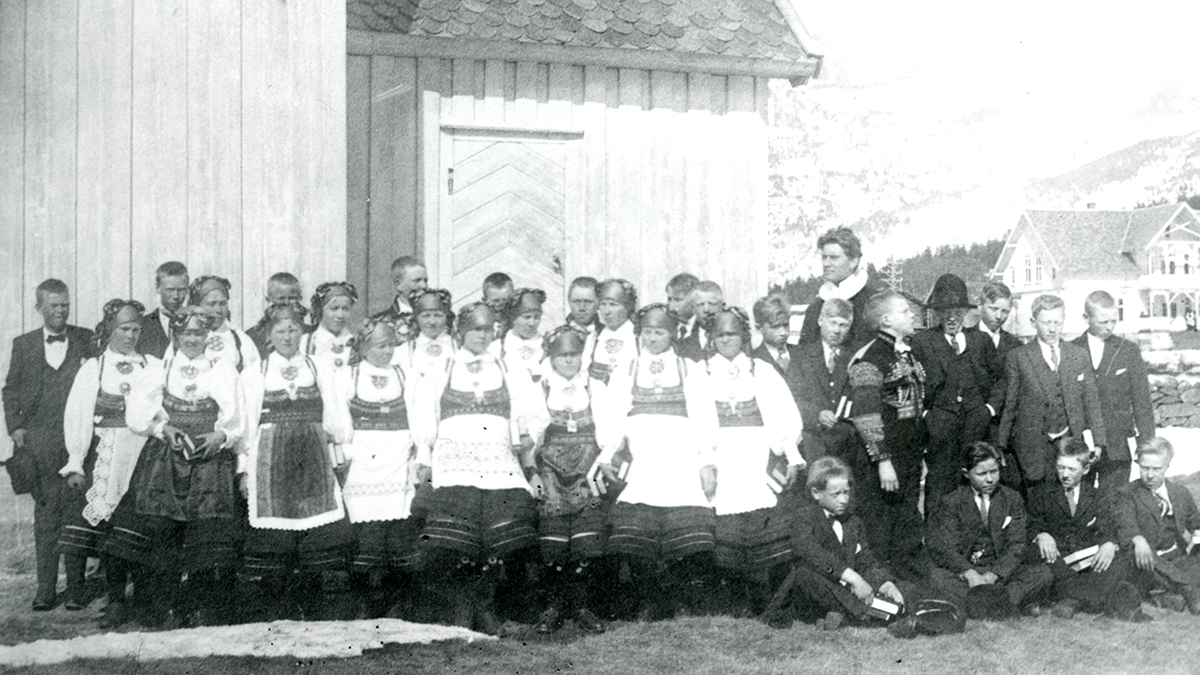 No matter which country or culture you look at, feasts and rituals are part of what characterizes how people live their lives.

As is the case in other countries, Norway has inherited an eventful culture of festive customs and traditions related to the major events in family and social life.

During feasts and rituals the participants somehow transcend everyday life or resituate the quotidian in a new context.

The feast as an institution is not only an enjoyable change of pace from everyday life, but also a manifestation of the norms and values that the majority of people cherish the most and hope that individuals and society at large will preserve and build on.

Personal milestones refer to the events in a person’s life that signal a transition and lead to that person assuming a new social role.

Personal milestones thus serve to celebrate the major events in a person’s life:

Annual holidays helped mark transitions and changes in the seasons and hence in people’s work routines. A certain type of work task should ideally have been completed before a given holiday commenced, after which time people would take on new and different tasks. The annual holidays thereby served to structure the year’s work-cycle and perception of time.

The major annual holidays include the following:

Previously there were even more ecclesiastical holidays, such as Shrovetide, St Swithun’s Day (celebrated 2 July in Norway), Michaelmas (29 September), and All Saints’ Day (1 November).

Moreover, the list of holidays is growing in today’s multicultural society. Commercial interests also play a key role when establishing certain traditions that are new to Norway, such as Valentine’s Day and Halloween.

Even though most of these holidays are upheld by a dominating tradition that has been stable for centuries, they have nonetheless not remained unaffected by social change and local circumstances. Certain festive elements have disappeared, others have been reinterpreted and transformed, and new ones have emerged or been revitalized.

The best example is the celebration of Christmas, which today abounds with more symbols and festive elements than ever, even though several of the older customs have fallen by the wayside, such as love omens, magic protection rites, the custom of “shooting in Christmas”, the traditional sled race on St Stephen’s Day (26 December), and the celebration of Holy Innocents’ Day (28 December)[SO3] .

As seen in a historical perspective, the various personal milestones and annual holidays thus encompass a motley blend of customs and traditions from various eras and numerous variants.

Personal milestones refer to events in a person’s life that signal a transition and lead to that person assuming a new social role. As such, a personal milestone can be seen as being a rite of passage. Annual holidays also indicate change, where one leaves “something old” and enters “something new”. In pre-industrial agrarian society, such periods of transition were often regarded as a time when magic was especially strong and when people were particularly vulnerable to a whole host of dangers.

In relation to these holidays, folklore provides a diverse and abundant material that reveals popular beliefs and narrative traditions, as well as various ritual actions that were carried out as the result of these beliefs.

The folkloristic source material, which primarily stems from after 1600, provides insight into for example popular beliefs about supernatural beings, the taking of omens, and other ritual actions that people carried out in order to protect themselves or celebrate someone or something.

The Norwegian Folklore Archives contains many cultural heritage records pertaining to these holiday customs from all over Norway, which have been collected up until the very present.