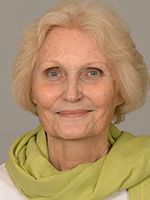 The book is an edition of a previously unpublished Birgittine text from the second half of the 1400s. It will appear as a volume in the Middle English Texts series published by Universitätsverlag Winter in Heidelberg. The Harley text of the Pardon Treatise is unique except for an incomplete copy of the opening, found in Cambridge, Corpus Christi College, MS 156. This contains only eighteen lines. The full text in MS Harley 2321 covers ninety-one manuscript pages, and although it has the form of a sermon and appears to be aimed at a lay audience, it is patently unpreachable. Birgittine sermons were preached in the vernacular and were restricted in length. This is too long, it contains extensive discussions of all aspects of indulgences, with substantial passages in Latin, and such a detailed and exhaustive catalogue of the pardons to be had at Syon Abbey in Middlesex that it cannot have been preached ad populum in its entirety.

The manuscript is in a single mid to late fifteenth-century hand, and appears to be a well-planned, unified production with the Pardon Treatise as its core text. There are no marks of ownership or clues to its provenance, but the overall impression from the contents is that it was made for one or more brothers at Syon who were in contact with pilgrims there, and needed to have detailed knowledge of its indulgences, but who were also concerned with topics of general knowledge, and the doctrinal and practical aspects of pilgrimages to Rome.

The text provides a wealth of information on indulgences in late fifteenth-century England and gives insights into doctrine and practice that have relevance beyond Syon.

2. The Index of Middle English Prose: Manuscripts in the Library of Magdalene College, Cambridge

This book will be published by Boydell & Brewer as a volume in their Index of Middle English Prose series. The series aims to catalogue all items of Middle English prose surviving in medieval manuscripts world-wide. The book will cover the manuscripts in the Pepys Library in Magdalene College, as well as those that were already in the College when it received Samuel Pepys’s bequest after his death in 1703 (Old Library manuscripts). As in previous volumes, the main body of text will identify and describe all prose items in the collection written in English between c. 1200 and c. 1500. The total will in this case come to over 490. The volume will contain transcriptions of their incipits and explicits, descriptions of their textual history, an overview of versions of the same text in other manuscript collections, and of any editions. It will also contain seven different indexes at the back (two incipits indexes (complete and acephalous), two explicits indexes (complete and atelous), an index of rubrics and titles, a general index, and an index of manuscripts cited). The indexes will subsequently be added to those from volumes already published, in the cumulative, digital index for the series, https://imep.lib.cam.ac.uk/ (see below).

My previous Index of Middle English Prose volumes, which cover four other Cambridge collections, may also be of interest:

This is a long-term, ongoing project, which I began in 2013. As a first step towards a cumulative, digital Index of Middle English Prose, I standardised, edited, and merged the indexes contained in the twenty IMEP volumes that had appeared at that point. The resulting book was published by Boydell & Brewer the following year:

As the next step, and in collaboration with Boydell & Brewer and Cambridge University Library (Digital Humanities), an agreement was reached to compile a website, which would be hosted by the CUL. The first version was completed and launched in 2021 and covers the twenty-three IMEP volumes so far published:

As noted, the series aims to include all items of Middle English prose surviving in medieval manuscripts world-wide. The volumes so far published cover over 70 manuscript collections. The website contains summary lists of contents for all volumes. The four very large, cumulated indexes that are now available online are of incipits of texts, reverse explicits, titles and rubrics (including modern titles of works), and a general index, principally of subjects and names. Wild-card and truncation techniques assist with the problems inevitably encountered when searching for words with variant Middle English spellings. As new volumes are published, their indexes will be included on the website.

Kari Anne Rand Schmidt (1993). The Authorship of the Equatorie of the Planetis (Cambridge: D. S. Brewer).