Screen Cultures is a brand new and unique Master of Arts programme. It could suit anyone who is interested in the screen cultures of cinema, television, computers and smartphones. 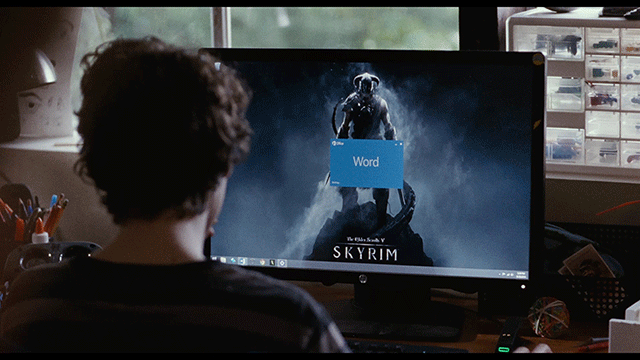 This main question we ask with this Master’s is: «How do the distinct qualities of screens, and the viewing opportunities they afford, affect our understanding of the world?”, states Jon Inge Faldalen. Faldalen is head of the brand new Master’s programme at the Faculty of Humanities, University of Oslo.

The new Master of Arts Programme is unique of its kind, says Faldalen. One reason is the interdisciplinary approach to the topic.

Screen Cultures combines insights from several fields at the Faculty of Humanities, such as media studies and art history.

"To my knowledge, this kind of interdisciplinary approach is unprecedented for a Master’s programme at the Faculty of Humanities," says Faldalen.

“The idea is that interesting questions and answers could arise in the borderlines between different fields such as art history, media studies, literature and theatre.

The interdisciplinary approach means that the programme will suit students from different backgrounds.

"We're open. The kind of applicants for this study are perhaps mainly traditional students of humanities, such as film studies and media studies, or applicants who have previously studied art history. But they could also be informatics students with digital image competence, for example, or students who are interested in the many different screens used in medical or military operations. "We're casting out quite a wide net here, and we think that a broadly composed student group will be very exciting," says Faldalen.

Students can also carry out research

The new Master’s is also unique because it allows students to carry out hands-on research. The programme is therefore extremely suitable for students who would like to publish a research article or participate in scientific conferences.

“We aim to achieve a unique close relationship between student and teacher. For example, we arrange for students to be given a supervisor at quite an early stage, so that they can start planning their Master’s thesis during the first semester.

Students are given the opportunity to carry out research at an early stage of the programme. In a way, they become less of a student and more of a colleague”, Faldalen states.

Thus, students get closer to academic daily life and the real world, and are given the opportunity to participate in conferences and write research papers.

Much of the study will be of a practical nature.

“We also combine lectures and seminars with workshops, and co-operate with film and television producers and other screen content producers, including by the use of Adjunct Professor positions, and institutions such as Cinemateket.

The study is very suitable for foreign students.

"We are in no way confined to the Nordic region - there are no geographical limitations to Screen Cultures" says Faldalen.

“Show me a student in their mid-twenties who doesn't watch or touch a screen in the course of a day. Screens constitute the framework of this Master’s, but we are also very concerned about what ends up off-screen. We can offer many exciting topics for Master’s theses, whether you as a student like superhero movies, streaming services and games, and/or have burning, critical research questions related to social media. When we had a pilot course at Bachelor level this spring, there were a variety of subjects - ranging from memes, dystopias in TV series, Trump’s use of Twitter and the female perspective in Wonder Woman – the possibilities are endless”, says Faldalen.

“A multitude of career opportunities open up for someone with this Master’s degree in their pocket”, says Faldalen:

“With a Master’s in Screen Cultures, you could work in areas such as:

You can read more about this programme here!

By Toril Haugen
E-mail this page