UiO Faculty of Humanities Center for Multilingualism in Society across the Lifespan
Main navigation
Back to uio.no
Sub navigation Menu
News and events > News > 2020 > In memoriam: Janne Bondi Johannessen
Norwegian version of this page

Janne Bondi Johannessen, Professor of Linguistics at the University of Oslo, passed away on June 15, 2020, at the age of 59. 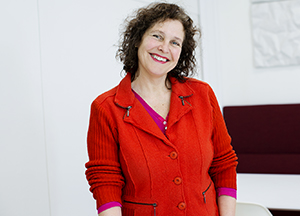 When we received the news that Janne had passed away on June 15, only 59 years old, it came as a shock. Many knew that Janne had been seriously ill for a few years, but this was not something that she would focus on herself. On the contrary, as usual, she put all of her energy into publications and research funding applications, and it was almost impossible to imagine that she, who was so full of life, could be terminally ill. It is still hard to understand that we will never again hear her hearty laughter in the hallways of the Henrik Wergeland Building.

Janne Bondi Johannessen was Professor of Linguistics and Language Technology at the Department of Linguistics and Scandinavian Studies, University of Oslo, for a number of years. As Head of the Text Laboratory for almost 30 years, she was in fact an institution.

Academically, Janne's main interest was in morphology, syntax, and research methodology, especially in the development of written and oral corpora. Within these areas, she was a widely recognized international name and a pioneer in the field. At the beginning of the 2000s, her research interest turned to North Germanic dialects, and, in the past decade, to Heritage Norwegian in North America. With this focus, Janne made great strides in collecting and preserving indispensable spoken language data for posterity, and in introducing young research talents to the field.

From 2013, Janne was a key member of the core group at the then newly established Center of Excellence, the Center for Multilingualism in Society Across the Lifespan (MultiLing), where she was the Center's most important capacity in the field of Heritage Languages, and especially Heritage Norwegian in America. In 2019, she was elected a member of the Norwegian Academy of Science and Letters, and in 2019 - 2020 she was also a participant in the prestigious project MultiGender: A Multilingual Approach to Grammatical Gender at the Center for Advanced Studies (CAS) in Oslo.

As a researcher, Janne was extremely productive, full of resolution and had an amazing ability to start up and run fruitful collaborations and research projects, in both basic research and infrastructure. She led several large Norwegian and Scandinavian dialect projects funded by the Research Council of Norway, in addition to the large, National Infrastructure project Language Infrastructure made Accessible (LIA).

Janne had a strong commitment to both people and research, and in the NORAD-funded development project Linguistic Capacity Building - Tools for the Inclusive Development of Ethiopia, this commitment really came into its own right. From an academic point of view, the project was a great success, but also at a more interpersonal level, Janne gave everything. When a large group of younger Ethiopian researchers were on one of several research stays in Norway, she not only ensured the academic program, but also made sure that everyone could borrow warm clothes and winter shoes.

At MultiLing, Janne was highly appreciated for her unusual warmth and for her boldness. She could be ruthlessly honest, but she was also genuinely interested in people. She cared and took on an almost maternal responsibility for the younger researchers, and felt a special responsibility for young female doctoral fellows. Everyone was safe under Janne's protection! At the same time, she was never afraid of a good discussion. She was very straightforward, and even her professional opponents had great respect for her, even though they could strongly disagree.

Janne was dearly loved, she will be sorely missed – but her voice lives on in her work, and through the people she collaborated with.