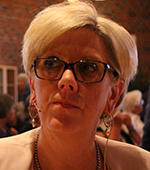 Few adversaries have been enmeshed in a more vicious spiral of hostility than Israel, the Palestinians and their Arab neighbours. Except for the Camp David Accords between Israel and Egypt (1978) and the peace agreement with Jordan (1994) have countless efforts by individuals, organisations, large and small states to open up direct channels of dialogue ended in failure. The United States has for years been trying to stop the fighting over the land that Israel, the Palestinians and the Arab neighbours claim to be theirs. So has the United Nations. Why have all mediation attempts between these parties so far proved unsuccessful? What are the conditions that need to be met in order to have a solution that could be tolerated by them? Why isn’t there any ongoing peace process? To what extent is third party intervention necessary or desirable? Have the many failed interventions lacked the necessary skill, the political will, the clout – or all three? Does perhaps the power asymmetry between a strong Israel, on the one hand, and the weak Arab states and Palestinians, on the other, explain the lack of any peaceful outcome?