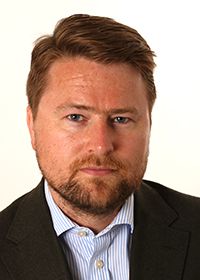 Einar Wigen is associate professor of Turkish studies, part of the research project LIFETIMES and leads the project EPIDEMICS.

He has recently published two monographs:

The Steppe Tradition in International Relations: Russians, Turks and European State-Building 4000 BCE–2018 CE (with Iver B. Neumann). This book is about the importance of the steppe nomads for polity formation in Eurasia, with particular emphasis on Russia, the Ottoman Empire and Turkey.

And State of Translation: Turkey in Interlingual Relations, which is based on Wigen's doctoral dissertation on the role of concept translation in the transformation of the Ottoman Empire into the Republic of Turkey, as well as in the international relations of these states.

Before taking up his position as associate professor, Wigen was part of the research project Synchronizing the World, where he worked on the translation of genre elements and temporal concepts from European historiography, and their application to Ottoman historiography. More specifically, his part of the project was on how European historians included the Ottoman Empire in the genre of world history, and how Ottoman historians wrote their works by reference to events and temporal regimes that had their key points of reference outside the Ottoman Empire.

Wigen wrote his doctoral dissertation on the translation and use of European concepts for legitimising Ottoman sovereignty to European audiences, and for reorganising social relations within the Ottoman state, as well as between state and subjects in a process that resulted in the emergence of the Turkish Republic. This dissertation sits at the intersection between Ottoman/Turkish studies, International Relations, and conceptual history.

Philology aside, Wigen takes a keen interest in historical sociology of Turkey, the Middle East and Central Asia.

2014 PhD in Turkish studies with the doctoral dissertation Interlingual and International Relations: A History of Conceptual Entanglements between Europe and Turkey, which is a conceptual history (Begriffsgeschichte) of how Ottoman and Turkish political language was synchronised with European language through the introduction of various European political concepts.

Various stays at Bosporus University in Istanbul, the Swedish Research Institute in Istanbul (SRII), and the Harvard-Koç Intensive Ottoman and Turkish Summer School in Cunda, Turkey.

Previous collaborations include the project Civility, Virtue and Emotions in Europe and Asia, which ran 2011-2014, and culminated in the book Civilizing Emotions: Concepts in Nineteenth Century Asia and Europe.