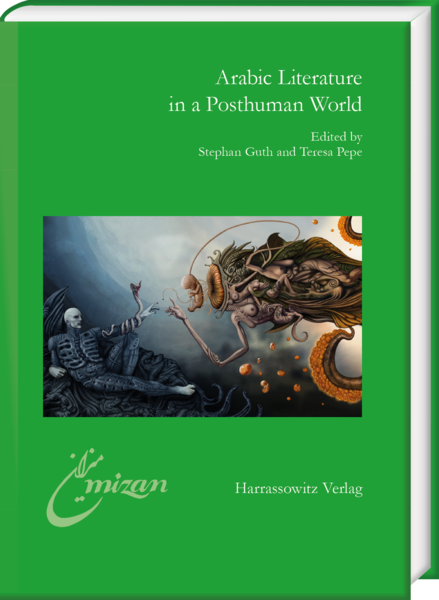 "Arabic Literature in a Posthuman World explores Arabic literary production after the so-called ‘Arab Spring’. 23 specialists of modern Arabic literature analyze the many ways in which contemporary Arab authors view and comment on a world that is dramatically changing and disintegrating, a world full of violent conflict, social instability, ideological vacuum and political collapse where there does not seem to be any place for humanity any more. The spread of new technologies and media added, this world not only appears inhumane, but also posthuman, a world of monstrosity in which mankind no longer controls its own destiny. Authors react to this with a writing of a new quality that makes the old humanist project of an Arab nahḍa appear as a failed utopia.
A first section focuses on the increased interest that authors assign to the past as a shaper of the present. The other sections highlight the many subversive techniques with which the writers try to reassert humanity against the overall trend of de-humanization. The spectrum spans from ‘Contested Spaces over Science Fiction and Dystopia’ and methods of ‘Countering/Resisting Fragmentation’, ‘Dispersal’, ‘Loss’, ‘Oblivion’, to ‘Satire and Rap’. The volume is the first to explore what Ihab Hassan’s term posthuman(ism), widely debated only in and for Western contexts so far, may mean in other parts of the world."

Published by Harrassowitz Verlag as volume 31 of the Mîzân series and within the framework of the University of Oslo research project In 2016: How it felt to live in the Arab World five years after the ‘Arab Spring’.