Value Politics. The role of religion in international relations (completed)

A research initiative focusing on the role of religious actors and ideas in international politics. 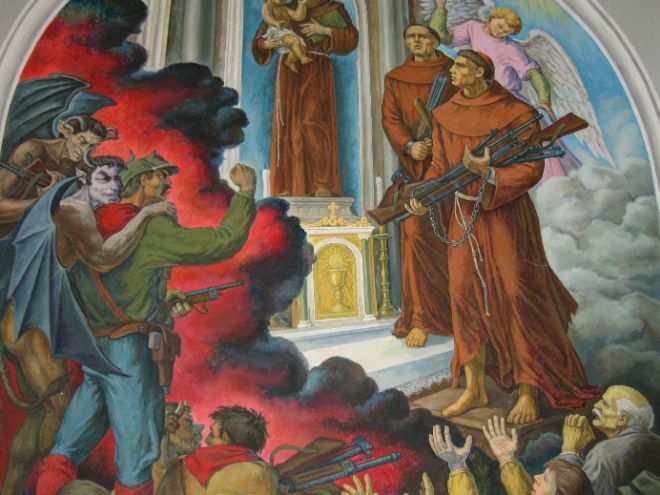 In 2015 Value Politics was granted a 2 year post.doc., and political scientist and ph.d. from the European University Institute, Firenze Maria Birnbaum was engaged to develop the Value Politics project further. Professor of political science Olivier Roy, also at EUI Firenze was also associated with the project (2017-2019). A ph.d. position was granted to Value Politics, and master in the study of religion, Hanne Trangerud was won the competition with a project on vaccine sceptics among religious groups in the USA.

Value Politics is a research initiative by professor Anne Stensvold and part of the interdisciplinary RelPol-forum at IKOS.

The first publication within the Value Politics topic was Lobbyng for faith and family (2013), a study commissioned by the Norwegian development and aid agency  (NORAD), a collaboration with Ingrid Vik and Christian Moe.

A history of pregnancy in Christianity. From original sin to contemporary abortion debates (Routledge 2015) traces the historical trajectory of Christian ideas and practices associated with reproduction and birth. Taking today’s abortion debate as a starting point, the book traces the reasons behind the conservative Christian refusal of women’s right to choose. Arguing that the fetus is a human being from the moment of conception, the Catholic church, with support from Evangelical protestants in America make false claims about the unchanging nature of Christian theology on this point. The book traces changes in Christian conceptions of the fetus to complex interlacing of biology, law and theology. The aim is to shed light on why abortion matters and what is at stake for Christian conservatives in their battle against women’s right to choose.

In 2017 Anne Stensvold edited Religion, state and the United nations. Value Politics  (Routledge) with contributions from political scholars  of international standing, scholars of religion at IKOS contributed several chapters to the book. Focusing on debates in UN fora, the book analyses how religious actors and -arguments succeed when colluding with illiberal state actors like Russia, in an effort to undermine Western (liberal-democratic) dominance. Parallel to this we find that UN for a serve as arenas of inter-religious understanding encouraging cooperation across religious divides – a collaboration which is forged as a common battle against a shared enemy – namely the secular, liberal-democratic values that the UN system and the idea of universal human rights that it represents.

In the article «Religious peace makers on the international scene: hopes and motivations», The Review of Faith and International Affairs (2018), Anne Stensvold and Ingrid Vik investigate underlying assumptions and the motivations that drive religious actors to engage in religious dialogue in peace processes. The motivations range from political pragmatism to often hidden power ambitions. We argue that a shared assumption is the idea that religion provides an extra tool in peace negotiations due to their religious beliefs. Such beliefs are promoted by some, notably Christian theologians and political scientists with strong personal beliefs and a firmly Christian agenda.

In 2019 Anne Stensvold contributed a chapter, «Religious NGOs. The new face of religions in civil society» to The Routledge Handbook in transregional studies. The article traces the development of NGOs as an organisational addition to civil society in liberal democracies. At the UN civil society actors are included in terms of NGOs. Since religious organisations have no place in the UN system, except as civil society actors. In recent years we have seen a marked increase in religious NGOs, especially among Evangelical Christians with a value conservative agenda who use UN for as platform to voice their opposition to equality and tolerance.

A broad comparative study, Blashemies Compared. Transgressive speech in a globalised world (Routledge 2021) is the result of a long standing collaboration rooted at IKOS, specially with researchers in the South Asia department. IKOS is a uniquely fruitful milieu for interdisciplinary projects on religion and politics, with the RelPol forum as focal point. Nine RelPol participants contributed to Blasphemies Compared, which also include chapters by international experts, and spans from the history of the concept in Christian as well as Muslim theology, and historical usage in colonial Britain, notably the Indian penal code. Within a shared understanding of blasphemy as a breach of sacred prohibitions, we approach blasphemy as type of speech act – effective speech – that elicit often violent reactions be it from secular authorities or religious entrepreneurs who take matters into their own hands. The book looks at selected cases from across the world focusing on how religious interests are handled locally and in the national context. A striking feature of contemporary conflicts is the reformulation of blasphemy in terms of identity politics – not primarily found in inter-religious conflicts but in conflicts that concern the role of religion in secular societies. We also found that blasphemy controversies tend to move religious power away from religious elites and towards private religious entrepreneurs, a tendency that is further strengthened by access to social media.