Fakespeak – the language of fake news

Linguistic cues in fake news may be the key to its detection. 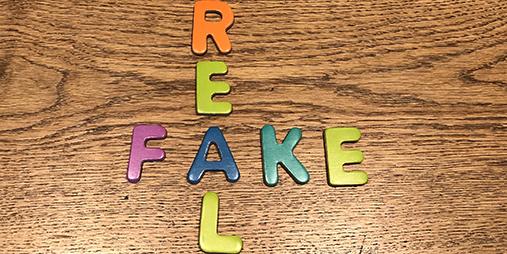 Fake news is defined as "news" items in which case the author knows that they are false and intends to deceive. The lion's share of the research on the detection of fake news is conducted by computer scientists alone.

The linguists will seek to reveal the grammatical and stylistic features of the language of fake news, referred to as "Fakespeak", in English, Norwegian and Russian.

To achieve this goal they will first build, and make use of existing, corpora of fake and real news from various online media outlets in all three languages, and then subject the datasets to thorough linguistic analyses.

The fake and genuine articles that we will compare will be written by one and the same author. This is to control for several potential sources of error. The linguists will apply methods and draw on insights from corpus linguistics, computational linguistics, applied linguistics, including forensic linguistics, as well as pragmatics and rhetoric.

Taking the linguists' findings as their point of departure, along with existing fake news detection systems, the computer scientists will seek to improve these systems by automating the defining features of Fakespeak.

The overall aim of the project is to enable fake news detection systems to discover and flag potentially harmful fake news items in a more accurate, efficient and timely manner than offered by current state-of-the-art systems.

By automating all and only the features of Fakespeak, the project team will enable the systems to detect and flag only deliberate disinformation, excluding, for example, (inadvertent) misinformation, satirical texts, parody, and texts reflecting a certain set of opinions. Thus, the project will take societal safety and security into consideration while at the same time guarding the freedom of speech.

The Research Council of Norway, project-ID 302573.