The line between fiction and reality is uncomfortably blurred in South Africa. Dana Ryan Lande shows how Nadine Gordimer’s short fiction gives us a unique opportunity to understand one woman’s fictional work in service to an ethical understanding of the people and society of South Africa. 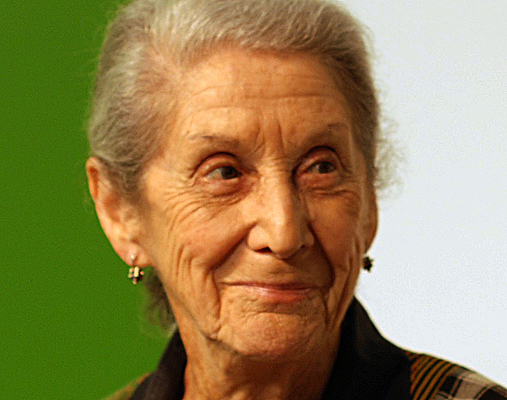 Characters and narrators in Nadine Gordimer’s short fiction are shown to be powerless when asked to recognize or act upon the need for empathy, equality, and humanity. Photo (cropped): Bengt Oberger, Wikimedia Commons CC 3.0

After looking at over 150 of Gordimer's short stories, it became clear to Dana Ryan Lande that the way the writer presented and measured her characters and narrators against the social and historical context of apartheid was consistent across sixty years of writing.

– Even in a short play which she published in 1948, before any of her collections of short fiction were published, Gordimer explicitly showed that people who don’t recognize or act against inhumane structures and situations are fundamentally flawed. What was extraordinary was the fact that she evolved as an author, using new narrative techniques yet maintaining the same ethical measurements throughout her entire career – even after the end of the apartheid era.

– Why did you choose to research this topic?

– I have been fascinated by South Africa for some time now and I always wanted to write more about the way fictional stories shape our interpretations of social and historical events. In reading fiction from South Africa, I was able to get closer to the complex problems which originated long before apartheid, and which still affect the country to the present day.

– What do you hope your findings will lead to?

– I hope that short fiction will be recognized as a more important tool for comprehending and discussing political and historical events such as apartheid and later democratic processes. The way that characters and narrators deal with inequality, ignorance, and subsequent liberation, can start a larger conversation about the way we as a society write about social problems and historical trauma. I also hope that the documentation of socio-political atrocities in fictional texts can become understood as a significant and important addition to historical understanding. The line between fiction and reality is uncomfortably blurred in South African fiction – and there is much more to learn from this in the future.

Narrative Ethics in an Evolving Society: The Short Fiction of Nadine Gordimer