UiO Faculty of Humanities Center for Multilingualism in Society across the Lifespan
Main navigation
Back to uio.no
Sub navigation Menu
Projects > Core group projects > LAMBA
Norwegian version of this page

The project represents a systematic and comprehensive investigation of monolingual and bilingual acquisition of the Latvian language, unprecedented in theoretical and empirical scope. 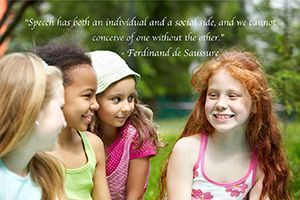 "Speech has both an individual and a social side, and we cannot conceive of one without the other." – Ferdinand de Saussure (photo: Colourbox)

WP1: Latvian adaptation and norming of parental report tools for the assessment of early communicative development

The goal of this work package is to develop a norm-referenced Latvian adaptation of one of the most widely used parental report tools for the assessment of communicative development of infants and young children – the MacArthur-Bates Communicative Development Inventories (CDI; Fenson et al. 2006). Two CDI forms will be adapted: CDI Words and Gestures designed for use with children between 8 and 16 months of age, and CDI Words and Sentences designed for 16- to 36-month old children. CDI administration and scoring will be carried out following the innovative web-based procedure first developed and implemented for the Norwegian CDI in 2008 (see Kristoffersen, Simonsen et al. 2012). The web-based CDI is much more time- and cost-efficient, while affording a similar response rate. Participants will be recruited with the help of the Population Register of Latvia.

In this work package, we aim to achieve two goals: first, we are going to expand the existing picture-based phonemic accuracy test developed by Kušķe (2013a, 2013b) to include the fullest possible range of consonantal clusters. Further, the analagous phonemic accuracy test will be developed for the Russian language, thus making it possible to test Latvian-Russian bilingual children in both their target languages. Once the assessment tools are finalized, we will conduct a large-scale population investigation in order to establish the norms of phonemic development. Norms will be obtained for two populations of children: monolingual Latvian-speaking children and Russian-dominant children. Normative data will be obtained for every three months of age in the range between 3 and 6 years.

In this work package we will collect two longitudinal corpora of monolingual Latvian-speaking children, and two longitudinal corpora of simultaneous Latvian-Russian bilingual children. Participants will be recorded for 30 minutes each week for 16 months. Obtained speech samples will be orthographically transcribed and coded using Codes for the Human Analysis of Transcripts (CHAT – MacWhinney 2000, 2014), and eventually shared through Child Language Data Exchange System (CHILDES; MacWhinney 1987, 2000). Besides, Latvian part of the transcribed corpora will be morphologically tagged using MOR- a program that provides a method for automatic tagging of corpora in the CHAT format. To develop the MOR for Latvian the previous morphological feature annotation standard used for Latvian text corpora (Levāne & Spektors 2000) and already existing morphological taggers (Pinnis and Goba 2011; Paikens, Rituma and Pretkalniņa 2013) will be used.

WP4: Experimental study of grammatical and (morpho)phonological acquisition by monolingual and bilingual learners of Latvian

The goal of this work package is to investigate structural properties of Latvian child language and to identify quantitative and qualitative differences between monolingual and bilingual learners of Latvian. It will consist of three experiments:

Experiment 1: Acquisition of segmental contrasts: accuracy of production and complexity of inventories

In this experiment, monolingual and bilingual learners of Latvian and near-monolingual learners of Russian will be considered with respect to the accuracy of production and complexity of inventories. The obtained data will be analysed both quantitatively and qualitatively, with the view to test acceleration, deceleration and transfer hypotheses (Paradis & Genesee 1996).

In this experiment, we investigate the acquisition of morphophonological alternations in the nominal paradigm, focusing specifically on the plural nominative forms. Quantitative analysis will be undertaken to determine the error rate in each age group and each declension class, and compare error rates of monolingual and bilingual learners. Qualitative analysis will aim to identify age-specific and/or language-specific error patterns.

The experiment will focus on the acquisition of adjectival gender agreement by monolingual Latvian-speaking children and bilingual learners of Latvian and Russian.

The Agency and the Ministry of Education and Science of Latvia together with RCN, SIU and representatives from the EEA and Norway Grants Programme Committee representatives visited University of Oslo on February 15. Olga Urek and Hanne Gram Simonsen were happy to be able to present the status of LAMBA at this point with this progress report (pdf).