UiO Faculty of Humanities Center for Multilingualism in Society across the Lifespan
Main navigation
Back to uio.no
Sub navigation Menu
Projects > PhD projects > Elina Kangas
Norwegian version of this page

Standardisation of Meänkieli as viewed by language users (completed)

Meänkieli language users’ relation to the standardisation process of their language. 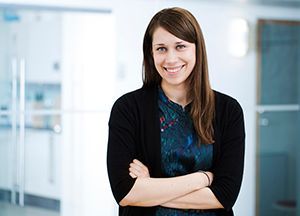 This project is a qualitative research study about the social aspects of minority language standardisation. The focus is specifically on the language users and their relation to how the language they use is being planned and managed. I look at language standardisation from a critical point of view (Gal 2018, Milroy 2001), highlighting that it is a complex process, which entails different kinds of concerns. I examine who gets to take part in a social process like minority language standardization and who does not, how the activities are carried out, and what kinds of consequences they have and for whom.

In order to find out how minority language users relate to the standardization process, I investigate the language community of users of Meänkieli, which is one of the acknowledged official national minority languages in Sweden and protected under the European Charter for Regional and Minority Languages. The data for this project are gathered through ethnographic fieldwork in the area where the language is spoken and consists of participant observations, interviews, visual materials and media texts (Agar 2006, Blommaert & Jie 2010, Heller 2008, Schilling 2013).

My aim is to describe and understand what kinds of views there are in the Meänkieli community about language standardization, which is never a neutral process and has consequences not only for the status of the language, but also for how language users relate to the standard. When developing a standard language, the designers always have an intended user in mind, and the crucial question is whether or not the users will accept the created standard. (Lane 2015.) Therefore I will address the role of users. User (Oudshoorn & Pinch 2003) is a concept particularly well suited for my analysis, as I direct attention to the non-users - those who, for one reason or another, do not accept the standard(ization) or are somehow left and/or opted out from this process. I will examine the reasons and motivations of these users, who do not necessarily identify with the proposed standard. As such, I examine questions of power relations and address the situation where so-called traditional speakers and new speakers (O'Rourke, Pujolar & Ramallo 2014) are both willing to contribute to language standardization, which is also often framed as an activity to maintain and revitalize the language.