How do transnational families use their linguistic repertoire for identity constructions in the era of polymedia? What digital family language policies can be identified in Norwegian-Senegalese families in Norway?

This postdoctoral project is a subproject of MultiLing's flagship project Multilingualism and mediated communication. 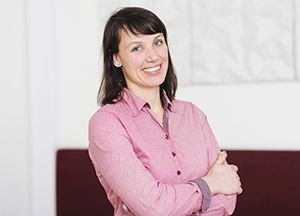 This project examines digital written communication in Norwegian-Senegalese families in Norway, focusing on language use and family language policies. Data are collected with ethnographic tools in order to investigate the following questions: How are the family’s linguistic repertoires used in the family's internal media practices, in their communication with contacts outside the family and in the family members' profiles in social media? How do they explain and justify their language choices? How do they seek to influence the other family members' digital language uses?  The empirical aim is on the one hand to grasp the nature of the family language policies in a polymedia context and to understand the language ideologies underpinning them, and on the other, to understand how multilingual linguistic repertoires are used for identity constructions in media discourse. With their highly multilingual practices, comprising Wolof, possibly other Senegalese languages, French, English, Norwegian, and Arabic, the Norwegian-Senegalese families make up an interesting case for the study of linguistic repertoires in digital communication.

Polymedia (Madianou and Miller 2012) is a reality within the family. Mobile phones are used for text messages and phone calls, as well as for internet-based communication channels like Snapchat, Instagram, WhatsApp, Facebook chat, etc., inside and outside the family. Computers are used for reading, watching and listening, and for different kinds of communication. Computer games allow family members to communicate with each other and with players around the world.

The family-internal communication, i.e. within the household, will make up the first point of investigation of this project: How do parents and children use their linguistic repertoire to communicate with each other digitally? Is the use of one language emphasized, for instance for integration and social purposes, or for the preservation of the migrants' own first language? Or is multilingualism facilitated? If so, in what forms?

Digital communication is, however, not restricted to one-to-one communication. Through social media, transcultural families communicate with both close and distant relatives and acquaintances, in their country of origin, in the diaspora, and in their new country of residence. The profiles and posts on for instance Facebook present the family and its members to all these contacts and to others as well, all over the world. This will be the second point of investigation: How do family members use their linguistic repertoire to present themselves and their family in social media? What linguistic means are used for what self-presentations, and why?

The notion of sociolinguistic change (Androutsopoulos 2014) raises the question of how minoritized languages are revitalized in mediated communication. Though Wolof is neither endangered nor regressing (on the contrary, the number of Wolof speakers is rising), its status as a written language is ambiguous, and the project aims to investigate the rise of “digital Wolof”. The comparison of data from fieldwork in Senegal 2005-2007 (Ph.D. Lexander 2011) as well as those from a Senegalese discussion forum 2002-2014 (Lexander and Lopez 2017) with new data will be an opportunity to see how digital Wolof is developing characteristics of digital writing, like acronyms and unconventional spelling, and to study the effects of mediatization on the attitudes towards Wolof as a written Language.

The theoretical aim of the project is to contribute to the current discussion on concepts and approaches in the study of mediated communication and multilingualism. Through analyzing the range of different types of communication within the family, concepts may be tested and discussed with regard to their relevance for a broader perspective on mediatization.