NEW_WAY: New speakers and use of Russian in Northern Norway (completed) 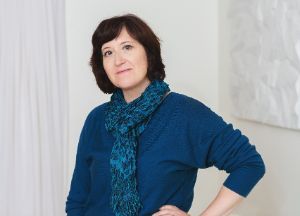 Northern Norway, set in a history of cross-border trade, cooperation and cultural encounters between speakers of Norwegian, Russian, Kven, Sami and other languages, is one of the key regions for delving into the complexity of multilingual phenomena. As a borderland area between Norway, Russia and Finland, it takes up an important place in the global agenda on geopolitics, global migration, sea trade, security and environment.

People acquire and start using new languages to cross physical and social borders. Due to language revitalization, immigration and transnational mobility, non-native speakers are becoming more the rule than the exception, urging a rethinking of native/non-native divide. A concept of ‘new speakers’ has been proposed (O’Rourke and Ramallo 2011) to describe those who actively invested in particular linguistic resources and build their repertoires to enable them to creatively reshape their practices to adapt to new spaces. It readjusts the lens to focus on speakers themselves, their trajectories and experiences (O’Rourke, Pujolar and Walsh 2017).

This project aims to map out ‘new speakerness’ of Russian and Norwegian by identifying trajectories of linguistic actors as well as historical, political and ideological processes at play in the political economy of Northern Norway around the Russian-Norwegian border. It will employ a series of qualitative research methods (e.g. ethnography, biographical workshops, linguistic landscape analysis, nexus analysis) to develop a critical, emic, collaborative and reflexive approach. It aims to open ways to understanding the dynamics of decision-making that multilingual speakers undertake in building their individual language repertoires.

This project will contribute to one of the flagship projects at MultiLing - “Multilingualsm and Globalization – Perspectives from Norway”, led by Pia Lane. One of the project topics is multilingualism and globalization in the North, where Russian, Sámi, Kven and English are languages for cross-border communication