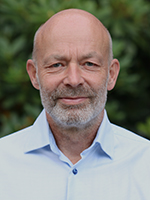 Since 2008, my production consists of five monographs, nine anthologies (two of them multi-volumes), 48 articles (8 of them forthcoming) 18 reviews and shorter articles, and more than 100 articles of public outreach.

In 2008 I published my revised and translated Ph.D thesis as Unpredictability and Presence: Norwegian Kingship in the High Middle Ages (Leiden 2008). I have published 12 articles  building on and expanding the theme of my thesis. My work has contributed to change the approach to medieval political history in Norway by downplaying the state formation and using legal anthropological perspectives. Its influence can partly be seen in the debates it has aroused, in particular among an older generation of historians, like Knut Helle and Sverre Bagge. My response to Helle (“Norsk middelalder i et antropologisk perspektiv. Svar til Knut Helle, ” Historisk tidsskrift 2 2010, 249-62), was awarded the most innovative by The Historical Organisation of Norway in 2010. Partly my work has influenced a younger generation of historians in M.A- and Ph.D-theses.

In 2008 I initiated a cooperation among a group of Nordic and international historians. Since 2010 this group  has edited three anthologies, two of them in English, in which I have written articles and introductory chapters. In “Det rettsantropologiske perspektivet og staten: konfliktløsning og byråkratisering i høymiddelalderen [The legal anthropological perspective and the state: conflict solution and bureaucratization in the High Middle Ages]” (in Orning et als 2010), I expanded the topic of my dissertation in time and by including legal and diplomatic sources. In “Conflict and social (dis)order in Norway, c. 1030-1160” (Esmark et als 2013), and “Rituals and social order in a society without a state” (in Jezierski et als 2015) I analysed the political culture in Old Norse society in the 11th and 12th centuries, i.e. prior to my Ph.D-work. These collaborations have contributed in bringing Nordic historians into closer contact, and in alerting international medievalists about the importance of including Nordic history in accounts of European medieval history. In “Borgerkrig og statsutvikling i Norge i middelalderen – en revurdering [Civil wars and state formation in Norway in the Middle Ages – a reconsideration]” (Historisk tidsskrift 2014, 93, 193-216), I challenged the dominant paradigm of explaining civil wars in Norway, leading to a debate with Sverre Bagge on the issue (contributions in Historisk tidsskrift 2015 and 2016)

In 2008 I joined the project Translation, transmission, transformation led by Professor Karl Gunnar Johansson, University of Oslo. Here my goal was to use legendary sagas as sources to their historical context, which implied a focus on late medieval Icelandic manuscripts. I have written more than 15 articles for this project. Two of the most important ones are “Örvar-Oddr og senmiddelalderens adelskultur [Örvar-Oddr and late medieval noble culture]” (in The Legendary Sagas. Origins and Development, A. Lassen et al., eds, Reykjavík 2012, 291-322, where I discuss how legendary themes can throw light on historical situations, and “Feuds and conflict resolution in fact and fiction in late medieval Iceland” (in Legislation and State Formation: Norway and its Neighbours in the Middle Ages, S. Imsen ed., Trondheim 2013, 229-62), in which I link one particular manuscript (AM 343 4to) to its owner and her historical career. A monograph from this project is in press: The Reality of the Fantastic: The Magical, Geopolitical and Social Universe of Late Medieval Saga Manuscripts (contract with the Viking Collection series, Syddansk universitetsforlag). My work in this field has been inter-disciplinary, contributing in bringing the fields of philology and history closer, and in opening up a new set of literary sources to be used among historians.

In 2008 I was chosen as main editor of a four-volume Norwegian history, published on Aschehoug forlag in 2011. Here I wrote the first volume (Norvegr – Norges historie I. Frem til 1400 [Norvegr – Norwegian history until 1400], Oslo 2011), and edited the three subsequent volumes. The books received good reviews and has sold in approximately 10 000 copies. They have contributed in disseminating the views of a new generation of historians to a wider audience. I have moreover written a textbook for high school on history before 1800, which has also been translated into Saami Language.

Since 2013 I have mainly worked within a project on civil war in the Middle Ages and modern times, funded by the Research Council of Norway and the Center for Advanced Research, with Jon Vidar Sigurdsson as co-leader. One result of the project is Nordic Elites in Transformation I-III (Routledge 2019-20), where I am the editor-in-chief and contributor to several of the articles. Another is the monograph Constant Crisis - The Civil Wars in Norway Deconstructed, c. 1196-1208 (under publication at international publishing house). Together with political scientist Øyvind Østerud, I have written the book War without State - wars in the Middle Ages and today (Dreyer 2020, in Norwegian, to be translated into English). In addition, I am responsible for two anthologies that are being released.

In 2020-22, I will work on a project called Scandinavia Political Communities in the Middle Ages - European, or Something Different? which is funded by Peder Sather Grant. Here I will co-write a book with Geoffrey Koziol from the University of Berkeley.

In the period 2020-24 I will be Norwegian PI in a comparative Norwegian-Polish project called Symbolic Resources and Political Structures on the Periphery: Legitimization of the Elites in Poland and Norway, c. 1000-1300 which has been granted funding from the GRIEG-program from National Science Centre, Poland and Research Council of Norway. Polish partners are Grzegorz Pac and Wojtek Jezierski.

2019       Peder Sather grant awarded from University of Berkeley, together with Geoffrey Koziol, 4 months

2011        Prize for most innovative article in (Norwegian) Historisk tidsskrift

2008-2010      I was part of the project Translation, transmission, transformation, led by Professor Karl Gunnar Johansson (University of Oslo), funded by the Research Council of Norway. As part of the leading troika, I was involved in running the project, and I wrote a dozen articles on the subject, as well as a monograph soon to be published.

2008-2011      I was chosen as main editor of a four-volume Norwegian history published on Aschehoug forlag in 2011. I wrote one volume, and edited three volumes written by two fellow historians. This was a prestigious project, and the books sold approximately 10 000 copies.

2008-2013      I initiated a Nordic project inspired by legal anthropology, which resulted in the publication of one Norwegian anthology (Oslo 2010) and one international anthology (Brill 2013). I was primarily responsible for financing the workshops and publications.

2010-2014      I was part of the project The Norwegian Commonwealth, led by Professor Steinar Imsen (NTNU), which obtained a grant from the Norwegian Research Council.

2011-2015      I initiated a project on ritual together with three other Scandinavian historians, which have resulted in one international anthology (Brepols 2015).

2012-2016      I am main editor with Professor Ola Svein Stugu of a four volume history of the region Sogn and Fjordane in Norway, which includes five writers.

2014-2018      I have initiated a project called Nordic elites in transformation together, intending to publish three anthologies internationally in 2016-18. I am co-editor of volume 2 and 3, and contributing to all three volumes.

2016                I am organiser of two sessions on Civil Wars at the Medieval Conference at Leeds (I have also organised sessions at Leeds earlier).

2017-2018       I am co-leader with Jon Vidar Sigurdsson on a project on The Nordic Civil Wars in a Comparative Perspective funded by Centre for Advanced Studies, Oslo

Tags: History
Try a new version of this publications list.