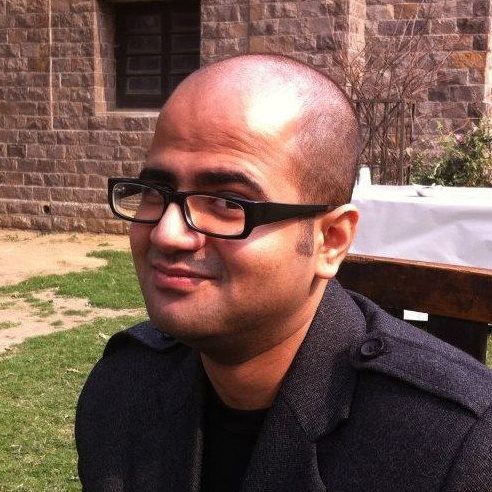 I mainly work on future fictions and science fiction from an STS and history of science perspective. I work on multiple media, including texts, graphic novels, films and tv, video games, and visual arts.

Notable awards include the World Fantasy Award (2020), a top award in the field of speculative fiction, the Johannes H Berg Prize (2019), the Foundation Essay Prize (2017), and the Strange Horizons Readers' Poll Award (2014).

The projects I lead currently are:

My other projects or connected projects are

‣ The Kalpana: Maps and Prototypes of Science Fictional Presences, an artistic research project on the desert with artists Susanne M. Winterling and Goutam Ghosh (completed).

‣ Climate Fiction and Climate Justice in South Asia, with Joey Eschrich and Vandana Singh, an anthology of original fiction and non-fiction interventions in the field of climate change focusing on South Asia.

‣ I am producer of the documentary film Kalpavigyan: A Speculative Journey, the first documentary on Bangla Kalpavigyan and Indian Science Fiction, directed by Arunava Gangopadhyay and co-scripted by us. The film, released in 2021, has been selected and awarded at numerous film festivals worldwide.

‣ I am co-founder of Theory from the Margins, a research collective based in Oslo which organizes webinars, with over 16000 members and followers worldwide.

‣ I am Series Editor (with Taryne Jade Taylor) for the Routledge Book Series: Studies in Global Genre Fiction.

‣ I served as co-Editor-in-Chief of Fafnir: Nordic Journal of Fiction and Fantasy Research (Finfar, Finland), and as co-editor of the Journal of Science Fiction (MOSF, Washington, DC).

‣ I am a fellow of the Imaginary College, Center for Science and the Imagination, Arizona State University (https://csi.asu.edu/imaginary-college/ ).

I have taught futures and futuring workshops worldwide, and served as a consultant on national and international futures projects. I am also consultant for the Innovations team at United Nations High Commissioner for Refugees (UNHCR).

I have held fellowships and visiting researcher positions at the Center for Advanced Study at the Norwegian Academy of Science and Letters (2018-19), at the Evoke Lab/Calit 2 and the Department of Informatics, University of California, Irvine (2015-16), as well as the Science Fiction Foundation, University of Liverpool (2011-12).

Former projects I have been part of include Synchronizing the World (NFR-SAMKUL), Lifetimes of Epidemics (NFR-SAMKUL, as Co-I).