An interdisciplinary research project focusing on the problematics of power in contemporary Norwegian arts. The four artistic fields that was illuminated are drama, literature, music, and the pictorial arts. 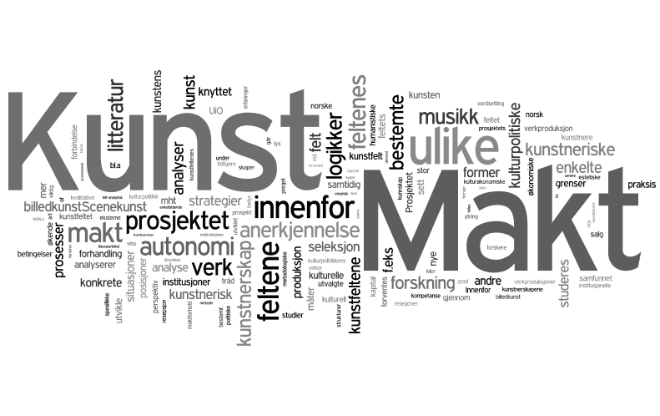 Concepts like ‘power and the autonomy of the arts’ and ‘perceptions of quality’ suggest the main focus of  the project, which in particular studied the conditions for the politics of culture and economy that exist for artistic and cultural production in Norway today.

The four artistic fields mentioned above was analyzed and compared within a shared theoretical framework, where power distribution and power relations within and between the fields was given particular attention.

The main aim of the project was to establish, and communicate to the general public, scientifically valid knowledge of how such power distributions and power relations are strengthened and weakened within our contemporary Norwegian art- and cultural life, specifically in the fields of literature, pictorial arts, music and drama.

The communicative process was given priority, and to the extent that it was appropriate, participants and institutions on the arts and culture scene was involved in dialogue and public debate.

The project was designed as an integrated project involving three cooperating partners:

The research project had 4 million at its disposal, and was completed in 2014.