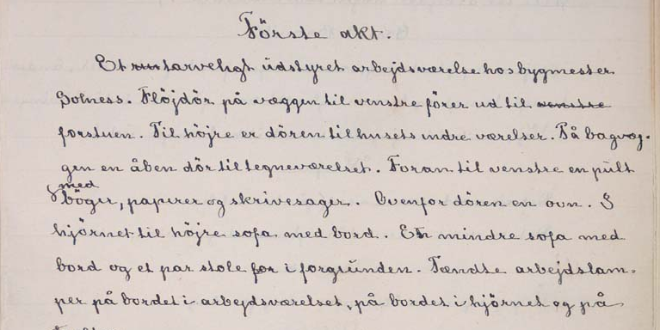 Henrik Ibsen's Writings was to date the largest editorial project in Norway. The new edition will be a solid base for future Ibsen studies, translations and performances.

For some time, Norwegian and international Ibsen scholars have expressed the wish for a new scholarly edition of Henrik Ibsen's writings. The plans for an edition conforming to modern philological standards were strongly encouraged at the International Ibsen Conference in Grimstad, Norway in 1993. In the following years, the plans were developed at several meetings and seminars by Ibsen scholars and editorial philologists with experience from similar projects.

The project was financed by The Research Council of Norway and Arts Council Norway.

The book edition was completed in 2010, while the digital edition still is under development and can be accessed at the Centre for Ibsen Studies webpages.