Ibsen in Translation aims to translate Henrik Ibsen's 12 contemporary dramas into 8 languages, a total of 96 translations. 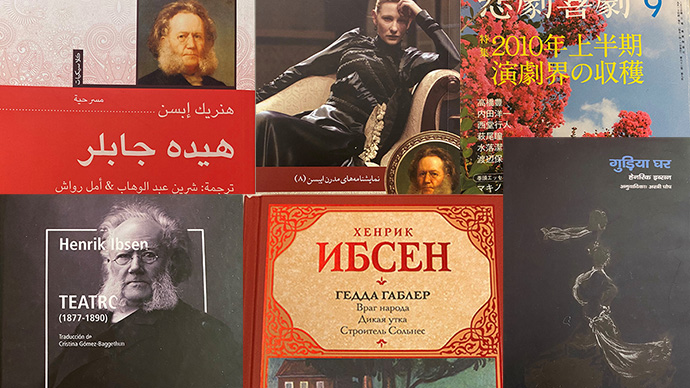 In the initial phase, The Master Builder, A Doll's House and An Enemy of the People were translated into English, Chinese, Russian and Spanish. In the project's second phase, the English translations were discontinued, while Arabic, Egyptian, Japanese, and Farsi were included.

The project was initiated by Ellinor Kolstad in cooperation with Centre for Ibsen Studies. It is unique in the sense that the 9 translators met at regular seminars to discuss semantic issues and translational intercultural challenges.The translators were consulted by carefully selected expert panels of individuals with expertise in theater, language, translation, and Ibsen. Each language has its corresponding panel of experts whose role is to secure quality of the translations.

The project is led by professor Frode Helland

Ibsen in Translation is funded by the Ministry of Foreign Affairs in Norway, NORLA and Centre for Ibsen Studies.